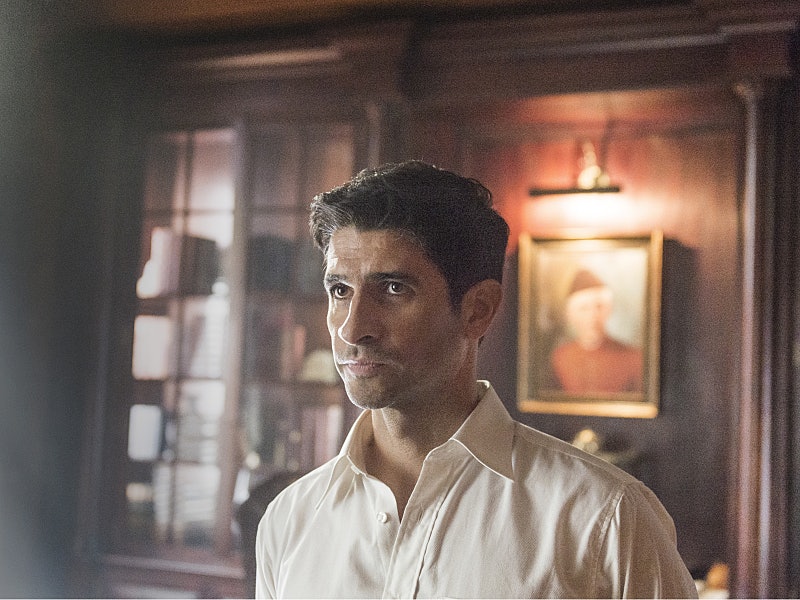 It's starting to seem like all roads lead back to the ISI (Inter-Services Intelligence) on Homeland . They're tied to Sandy Bachman, to the American embassy, to Haissam Haqqani (and by extension, Aayan) — just how far-reaching is this mysterious organization? The ISI is all over this season of Homeland and as such, we've got a lot of puzzle pieces to work with, but not much in a way of a picture yet. So what do we know so far?

Yep, one of Carrie's truculent agents (the one whose job she took) identified the comm-wearing man on the scene at Sandy's death as Farhad Ghazi, an operative with ISI. Also notable is the fact that Saul takes a meeting with Aasar Khan (a lieutenant-colonel), where he accuses the ISI of killing off Sandy. Khan is (understandably) angry, and refuses to admit to anything or answer any of Saul's questions... which doesn't exactly bode well for their innocence.

And Sandy's death was merely a cog in the machine

Now that we know Sandy was most likely killed by ISI, the pieces started to fall into place for Carrie. It looks like Sandy's disastrously bad intel, outing, manhunt, and subsequent death were all part of a larger plan to fake Haqqani's death. Why? As Carrie points out, if people assume Haqqani is dead, they'll stop looking for him. But here's the million dollar question: Why would the ISI want to fake a Taliban leader's death in the first place? In the ever-elegant words of Carrie, "That's a great f**king question."

Remember the gun-toting man who threatened Aayan not to talk to any more news outlets? It turns out, it was Farhad Ghazi, the very same man who was linked to Sandy's death. Hmm...

They're also threatening the ambassador's husband

We finally find out where Sandy was getting his top-secret intel from — it was from Dennis Boyd, the ambassador's patsy of a husband (hello there, Duck Phillips!). Now that Sandy's dead, ISI operative Tasleem Qureshi (along with some muscle, of course) comes along to get more information from Boyd. Was she Sandy's mysterious informant? Signs point to yes (though you never know on this show). And perhaps more importantly: What in the world are they planning on doing with the U.S.' top secrets?

It's all a convoluted web of espionage, but here's the bottom line: The ISI might be working with the Taliban, and they have a direct line to top American military secrets... sounds like a problem only Carrie Mathison and Co. can solve.