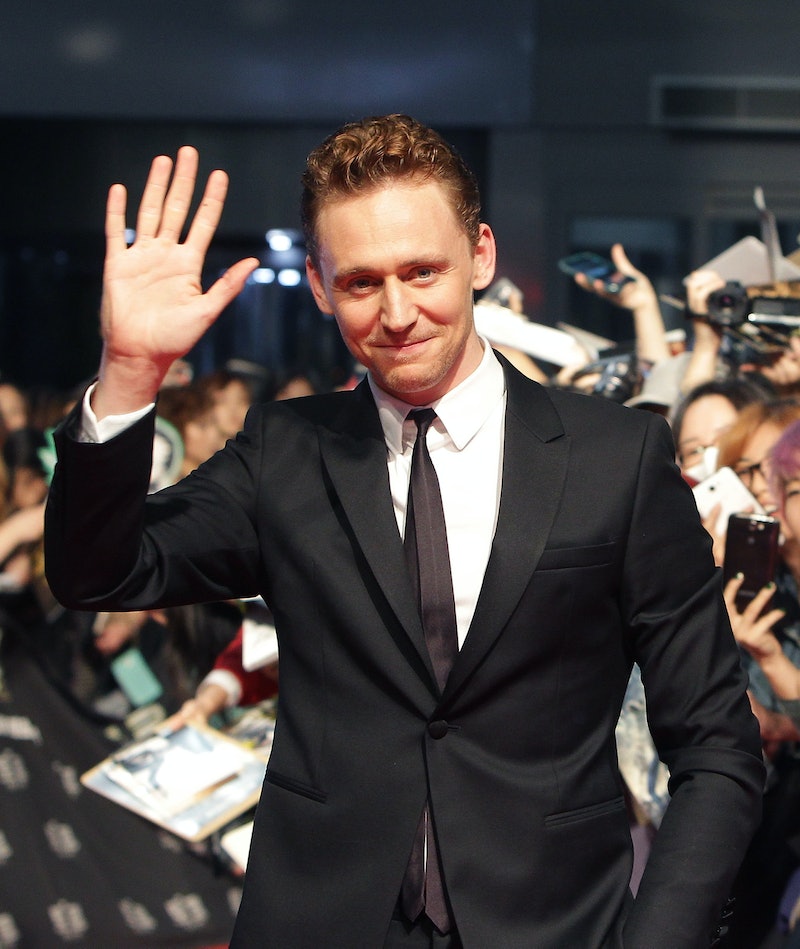 In today's edition of why I love the man who plays Loki, let's talk about how Tom Hiddleston has the most amazing vocabulary. Possibly one of the best in Hollywood next to Benedict Cumberbatch who has his own expansive lexicon. (Oh the things these two men do to me.) There's something about when Hiddleston uses big words that's just so delightful. Fortunately it's something he does a lot, so Hiddlestoners are always blessed with his glorious intelligence.

But Hiddleston can't help but sound like he swallowed a dictionary, that's just who he is. "People do sometimes look at me like I’m using lots of big words," he admitted in 2012. "But those are the only ones I can think of."

Coming out of any other person's mouth that sentence could sound super pretentious, but on Tom Hiddleston it just sounds precious. We all know he's one of the industry's sweetest actors. And his verbose nature is just part of why he's beloved by his many fans. Alongside his stellar impressions, epic dance moves, and amazing ability to pull off a bow tie, his vocabulary is one of Tom Hiddleston's best attributes. The words he uses are guaranteed to make you swoon. Case in point:

THAT TIME HE TALKED ABOUT LOKI'S SCARVES

He could have just said Loki is fond of scarves, but no, he said "predilection." Which is not the first time he's used the word. In 2011 he said, Loki also has an "eternal predilection to dance on the fault lines of villainy and redemption." I now associate the word strictly with Loki, and I'm not even mad.

Well, actually he taught him about delayed gratification. As if that's a word the three year olds watching Sesame Street could actually understand. Although, let's hope they do because then the next generation could possibly grow up to be just as smart as Hiddleston.

Back in 2012, Hiddleston admitted to enjoying Nicki Minaj's music (duh, who doesn't) but Twitter was quick to trash him about it. Fortunately Hiddles just used it as an opportunity to teach us about the definition of "pulpy" and how everyone needs a little Nicki in their lives.

WHEN HE PLAYS WORD ASSOCIATION

When normal people like myself are asked to say the first word we can think of, it tends not to be an SAT vocab word. The same cannot be said for Hiddleston and his use of "magisterial" to describe Loki.

WHEN HE USED THIS INSULT INTO AVENGERS

It's such a large-worded insult that Hiddleston was somehow allowed to say it even though it basically means "whiny vagina." Yet in Hiddleston's posh English accent it sounds much more harmless. Sneaky, sneaky.

WHEN HE RENAMED THOR FANS

"Cognoscenti" basically just means people who are well informed about a subject. I would like to be called a Tom Hiddleston cognoscente now please.

WHEN HE PRAISES OTHERS

If I ever received a compliment peppered with big words like this I would be elated.

WHEN HE TAUGHT US LATIN

All in the name of educating us about compassion. Like, is this man for real? Yes. Yes he is, and it's glorious.