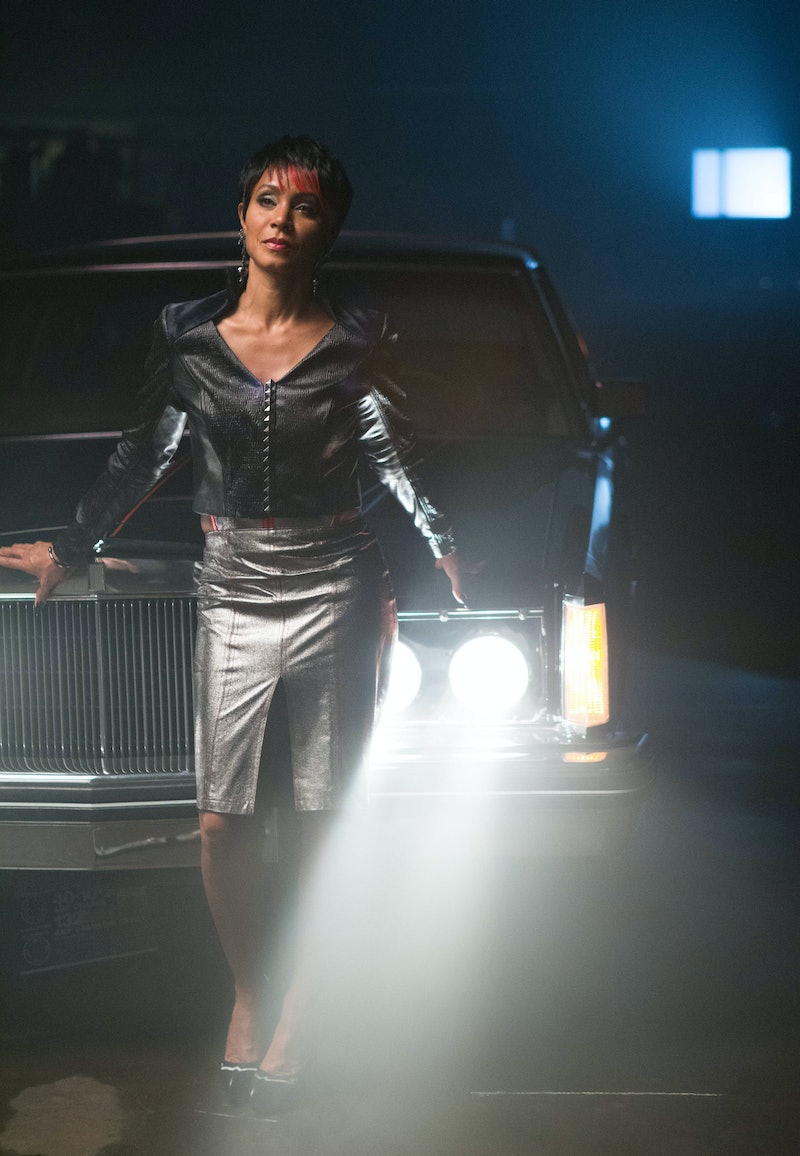 The most interesting aspect of the fourth episode of Gotham was easily the subplot involving Fish Mooney looking for a singer for her club. Not just any singer, I might add, but one who can be "a weapon" created in Mooney's own image to manipulate and destroy those in her way. That basically means she'll be a femme fatale with a penchant for gaudy dresses and scenery chewing. It came down to two hopefuls who ended up on a shady looking dock (the city's full of them) with Mooney, who was looking for one of them to prove their ruthlessness and earn a place by her side. It ended up going to Liza after a fight that lacked the sort of male gaze-y machinations I was expecting. But what about the unnamed Gotham singer who lost the fight?

Based on IMDB and upcoming episode descriptions, there is little evidence that the other singer will saunter back onto the gritty landscape of Gotham. But the show would be smart to bring back the failed singer. Why? To make strides to build upon Batman’s mythology instead of being overburdened by it. What Gotham needs to do is create a unique spin on Batman mythos that has its own internal logic, which it's desperately lacking. It also needs to feel like it takes place in a real city. Creating supporting characters that reoccur and color the background, like the singer that lost the fight, would go a long way with helping this show make a modicum of sense and for the world of Gotham to have a lived-in quality. Yes, the show’s tone lies somewhere between unintentional camp and a high school rendition of Chinatown. But does that mean it has to be so moronic?

Thus far the show seems hellbent on foreshadowing all of Batman’s rogues gallery. Edward Nygma works in forensics! Catwoman witnesses the murders of Thomas and Martha Wayne while pouncing on everything in sight! Poison Ivy’s dad was framed for their murder and killed as a result! For a major metropolitan city, Gotham feels like its population is less than 50.

Instead of being emboldened by the comic book history, the show’s writers seem unsure what to do with it. Makes me wish this was an adaptation of the blistering Gotham Central comics by Greg Rucka and Ed Brubaker. A girl can dream, right?

Yes, the show is new and deserves some leeway. But Gotham is building on the mythos of a character that has been around for over 70 years. It also wouldn't hurt to see the show dissuade people who think Batman is an overrated rich boy with no more interesting stories in his arsenal (he isn’t I swear!), but I won’t hold my breath. And the changes that have been made? Utterly ludicrous. Changing future Poison Ivy’s name from Pamela Isley to Ivy Pepper makes me wonder what exactly is going on in the writer’s room at this show.

The show has the potential to be a new, entertaining spin on Batman. Thus far only a few performances seem to be worth watching, like Jada Pinkett Smith as the aforementioned Fish Mooney. She's one of the only actors who seems to be relishing the role.

While it may be best for my sanity to give up on Gotham having simple things like character development or good dialogue, the very least it can do is build a world of its own. Mooney is an entirely new creation not coming from the comics. So why don’t we build up the world around her more? Why don’t we see more of the failed singer even if it is only to throw a small wrench into Mooney’s plans?

This may seem like I am asking a lot, however it is important to keep in mind that fan favorite character Harley Quinn wasn’t born from the comics, but from the 1990s animated Batman series spearheaded by Bruce Timm. Of course the Gotham writers are nowhere in the same league as Timm. But I commend them for creating a wholly new villain played by a black woman for the show. Now all they need to do is give her violence some weight. So it would be nice to see a callback for that failed singer, no matter how minor, as a way to build up the world of Gotham, give us some more interesting female characters, and create some internal logic. Or maybe just to see her fail at seduction again. The look on Mooney's face was priceless after all.