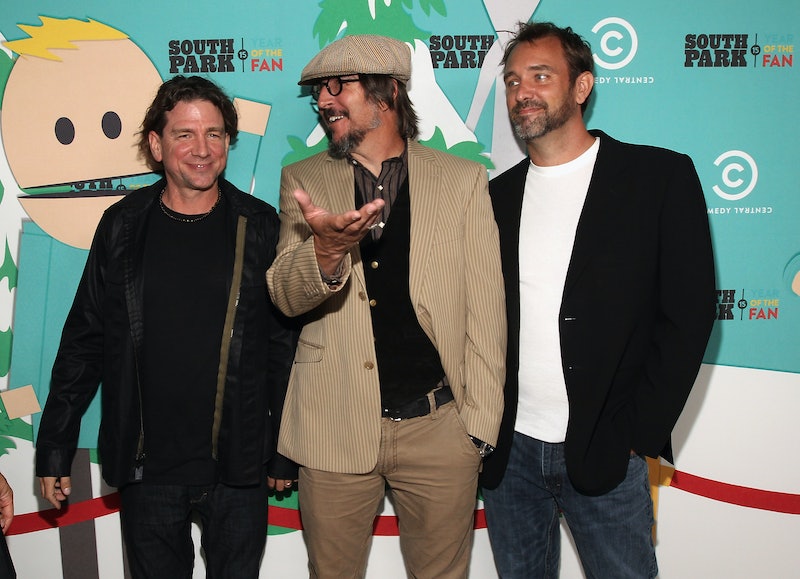 Though the band Primus might be better known for its version of the song The Devil Went Down to Georgia and as the group that created the original theme song for South Park, the San Francisco musicians are making a new name for themselves. With a complete Willy Wonka-themed album, Primus And The Chocolate Factory, set to release on Oct. 21, the band members have also created a Charlie And The Chocolate Factory prize that their fans will love. With what may be the coolest way to give back to their supporters, Primus will give some of its fans free tickets for life if they’re lucky enough to find one of the five golden vinyl records included with their albums. Feeling like a kid in a candy store? Well I don’t blame you.

I know some of you would rather just win Willy Wonka chocolate for life (drool) or free tickets to a Justin Bieber concert (but just kidding, because who would really want that?), but you have to admit this is a pretty clever way to draw attention to their work. Honestly, more people should consider using this “Golden Ticket” concept because fans really do a lot for their favorite artists.

While I can’t imagine there are superfans out there with nearly enough money to buy hundreds of albums just for the sake of finding the gold vinyl like Veruca Salt did, I do trust that whoever claims the prize won’t be a bratty kid either. Hopefully we've all learned a little something from little Charlie Bucket. And as for the reason why Primus decided to cover the Willy Wonka soundtrack in the first place?

“We need to make sure that kids in the future watch the original Willy Wonka and not the horrendous, horrible remake that came along and left the taste of feces in our mouths,” singer Les Claypool told Rolling Stone.

That might be an extreme way to simply say, “We didn’t like Johnny Depp’s interpretation of the movie,” but I guess they’re straight to the point. Plus you’ve got to respect someone who wants director Mel Stuart and actor Gene Wilder’s work to live on forever. Kudos to that.