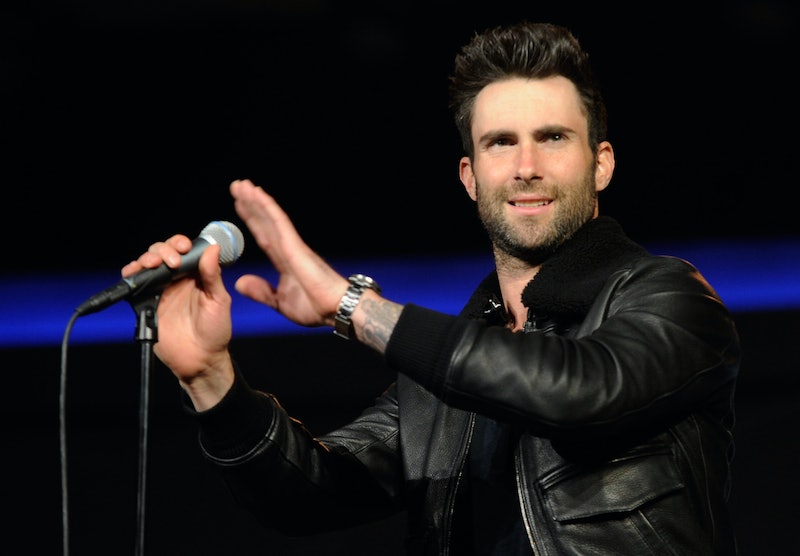 This is The Voice and only one can win, but that doesn’t mean that some teams aren’t stronger than others. Past seasons of the widely admired singing competition have proved that winners are often born out of an unbreakable bond between contestant and coach, and no one has done that better than Adam Levine and Blake Shelton. Each of them has coached multiple winners at this point, but it’s all about who has the stronger team. With nine undeniably talented vocalists left, Team Adam on The Voice may be a winner: he's definitely got finalists, if not a singer ready to take the whole competition.

I’ll admit Blake Shelton has a way with his contestants — especially with the teens — that usually brings out the best in them. But with so many young competitors this season, his team’s best just might not be good enough. There’s no doubt in my mind that each of Blake’s teammates will leave the competition feeling like a part of his Voice family, but it takes more than familial bonds to create a star. The bond is important, but having an artistic connection with your coach might be even more so. Last season, Adam’s connection with his finalist Christina Grimmie was one of the most impressive coach-contestant relationships The Voice has seen and the artistry was indisputable. Now, Adam has at least three contestants that I think share that same potential:

At the risk of referencing American Idol and Randy Jackson, Chris Jamison’s battle round proved that that boy is in it to win it. Despite the incredibly spot-on vocal gymnastics, Chris’ blind audition wasn’t exactly flawless. In fact, Adam told him it would have been better if he had done 85 percent less, which proved to be exactly what he needed to hear. In a short period of time, Adam was able to transform Chris’ live performance into one that was exponentially better than his initial audition and even his rehearsals. Adam chose to advance Chris into the knockouts because he is taking advice and improving from it, which is usually makes for a successful contestant.

Damien got Adam, Gwen, and Pharrell to turn within the first five words of his blind; Blake following shortly after. Adam said it best when he said it made sense that he broke down after his audition because that is exactly the way he sings. We haven’t even seen his battle round yet, but Damien’s emotion was so crystal clear throughout his blind that he quickly became a crowd favorite. Damien would have done well with any coach — his voice and his name already scream artist. But Adam fought hard for Damien and I have a feeling he’ll continue to do so.

Matt McAndrew is the type of artist who inspires something in Adam. There’s nothing better than an artist who learns from their coach and teaches them something in return. This is the type of relationship Adam had with Christina Grimmie — an artist he felt he could collaborate and create magic with. Matt brings something unique and interesting to the table, just like Adam does, and the combination will produce something incredible. He’s the kind of artist Adam will follow up with, even if he doesn’t leave a winner, and that’s what every contestant hopes from their coach.