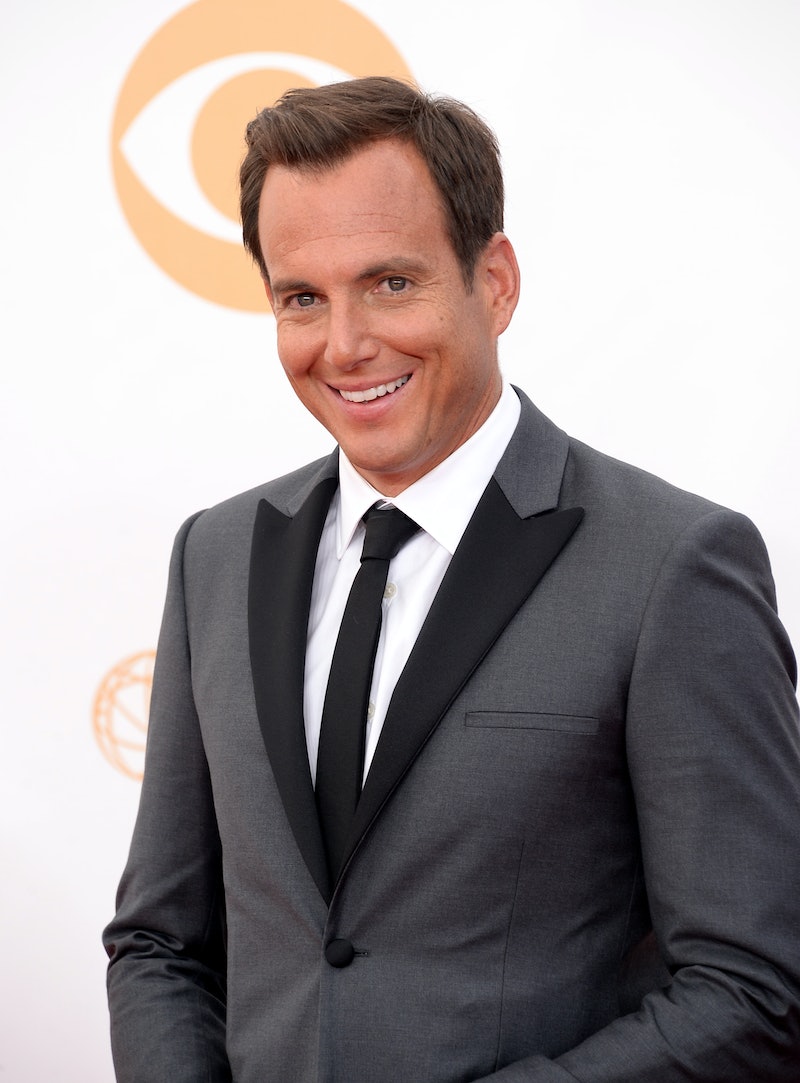 Once upon a time, Will Arnett was married to Amy Poehler, creating a comedy dream team marriage. It almost seemed too perfect, especially since the Parks and Recreation star also played wife to the 44-year-old actor's Gob character for a few episodes on Arrested Development — Gob and his unnamed wife's fun game of dares and adventures were exactly what I hoped Arnett and Poehler's marriage was like. Alas, it was not. After marrying in 2003, the comic couple had two sons — Archibald and Abel Arnett — and then they formally separated in 2012. Arnett filed for divorce earlier this year and he and Poehler seem to have moved on from the marriage. While Poehler is reportedly dating comedian Nick Kroll, rumors have swirled about who Arnett has been dating since then, but only some of them have proven to be true.

This past summer, Arnett was rumored to be dating fashion consultant Danielle de Marne, but his rep denied the New York Post's report of the romance. Whoops. But it's true that the comic would be quite the catch for a lucky lady — he's funny, handsome, and is involved with three ongoing series: Netflix's Arrested Development, which the streaming service hopes will come back for a fifth season, Netflix toon Bojack Horseman, and CBS' The Millers, which premieres its second season Monday night. Let's take a look at Arnett's loves, before and after Poehler.

Before Poehler, Arnett and the actress married in 1994 and got divorced one year later. The actress is best known for her roles in '90s films like Kindergarten Cop, Carlito's Way, and Big Top Pee-Wee. She also starred in 2011's The Artist, which took home Best Picture honors at the Oscars.

The celebrity chef — and Billy Joel's ex-wife — was supposedly The Millers star's first foray into dating post-separation during the summer of 2013. But according to Us Weekly, the relationship ended at least partly because Lee is based in New York City, while Arnett lives in Los Angeles.

Arnett started seeing the Hollywood producer at the end of 2013, after splitting from Lee. The couple made their very first public appearance while attending Jennifer Aniston and Justin Theroux's holiday party. Arnett met the comedy producer when she served as executive producer on his canceled NBC sitcom Up All Night. David was also an associate producer for Saturday Night Live for two years and co-produced the comedy movie Baby Mama, which starred Tina Fey and Poehler.

There hasn't been any news about Arnett and David since last December, so the current status of their relationship is unclear. However since the rumors linking Arnett to de Marne came out just a few months ago, things aren't looking good. But hey, if you've been waiting for your own chance with Arnett, now might be a good time to give it a shot.