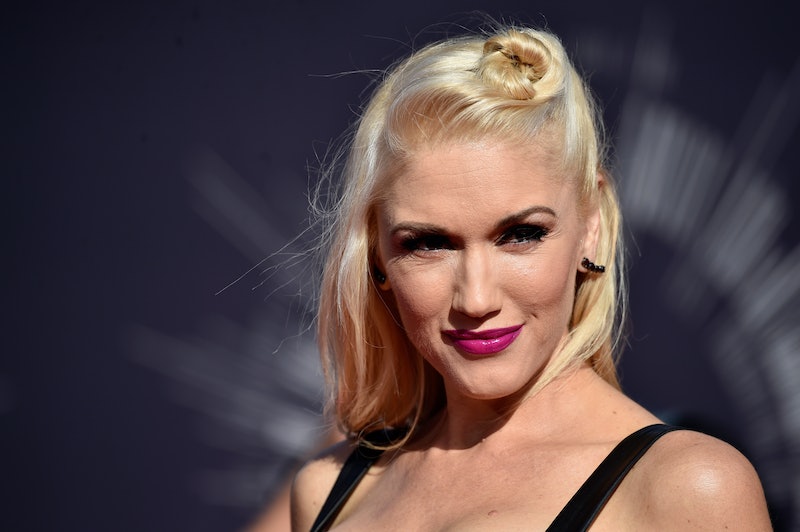 Is Team Gwen strong? IS TEAM GWEN STRONG?! Of course The Voice's Team Gwen is strong; everything about Gwen Stefani is powerful: her voice is powerful, her vibe is powerful, her abs are powerful. That's what I want to say in defense of Gwen's team on The Voice . I want to get behind her girl power movement — because, yes, women benefit from the guidance of other women who have managed to make it in a realm that still prefers men, and who are inherently familiar with the singing voice of, y'know, women — and I want her to take that fourth win from Blake's tight country clutches.

But when I look at the facts, I'm a little hesitant to call Gwen's team "strong." It seemed like Gwen did everything right in the Blind Audition rounds: she was honest, positive, and got tons of coveted singers. And while the team she assembled seems both strong and varied, her judgement in the Battle Rounds is proving a little nerve-racking. Not only has she paired up some of her most promising acts against each other — Sugar Jones vs. Jean Kelley, Amanda Lee Peers vs. Taylor John Williams, and Menlik Zergabachew vs. Troy Ritchie — but her gutsy song choices ("Here you go, girls, why don't you sing Destiny's Child's most iconic song") and final verdicts have been a little controversial with audiences, resulting in Steals on two of her three battles so far.

In many ways, that all signifies a strong team... but you don't need a strong team to win The Voice. Does Team Gwen have both what and who it takes to win?

Gwen's on the hunt for a great performer

During the audition rounds, Gwen was clearly focused on finding singers with a ton of personality and stage presence; her promise was usually to teach her little ones how to engage the audience even more. But in the Battle rounds, it's usually the best voice that stands out over the competition, so after Battles, Gwen may or may not be left with mid-level performers, who also happen to be mid-level singers. It's made for some kick ass performances, though!

Taking a cute, sellable packages like Troy Ritchie, and teaming him up against one of your most uniquely artistic (and maybe a little prickly, yes?) performers like Menlik Zergabachew, and then choosing the former, only to have the latter be stolen makes it feel a little but like Gwen is losing her own Battles. It was a similar arrangement when Gwen chose Sugar Jones over Jean Kelley, only to have Jean stolen by Pharrell, so it seemed like she tried to prevent another detrimental steal later when she chose Taylor John Williams over Amanda Lee Peers, knowing he was probably more likely to be stolen by a bunch of bro-mentors looking for little brother figures. But... that also felt like it could have been a mistake!

These decisions being close to impossible mostly means that all three of Gwen's pairings thus far have have been very strong with equally talented contenders, which isn't a bad thing. But looking at who she has left, it feels like she could have thrown some softballs at singers like Menlik and Jean to keep them all on her team, if you know what I'm saying.

Gwen started off with a lot of talent, and despite letting some of it go, she still has a couple of Voice-types, who might even be able to break the Voice-winner curse (of, uh, not really taking the music industry by storm). "Jolene" wasn't Taylor John Williams' best song, but he seems like he could have the heart of a songwriter behind his stylish suspenders, and cute and talented is a combination that Phillip Phillips would probably tell you brings home a lot of movie trailers and Olympics commercials. Anita Antoinette has yet to go through her Battle, but her beautiful reggae voice and spirit, teamed up with Gwen's ability to coach and craft both, might just make for a winner.

And, of course, there's still always the chance to steal Menlik and Jean back (DO IT!!!).