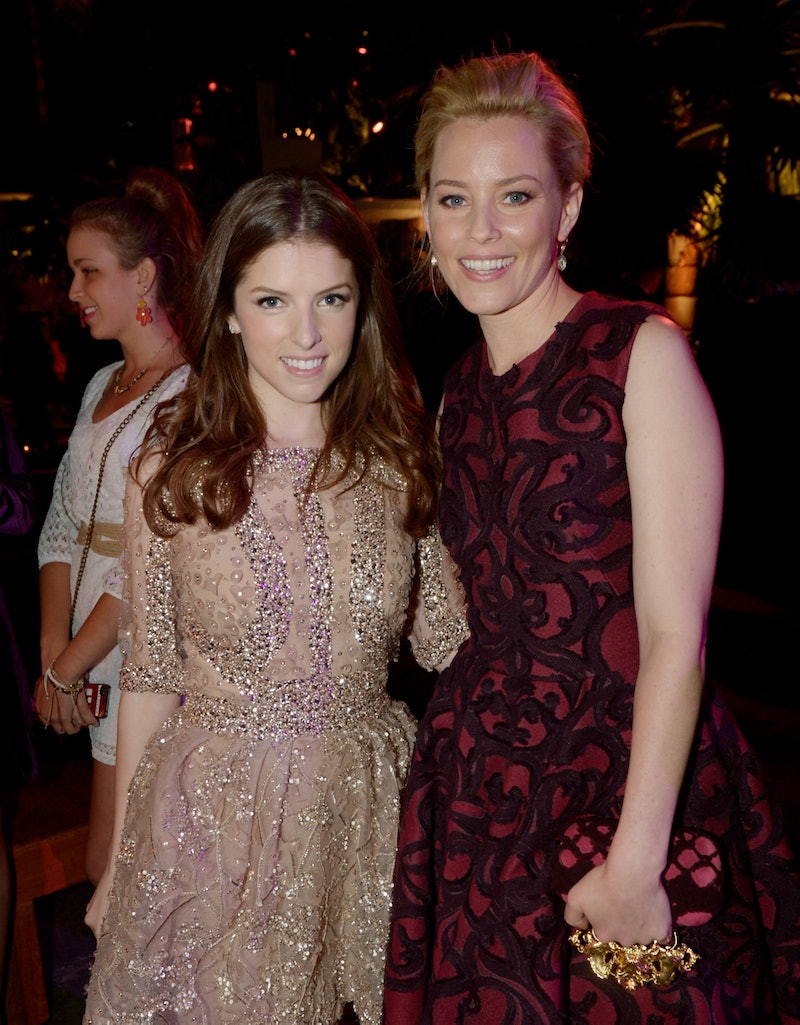 Earlier today it was announced that Ryan Murphy, the creator of hit shows like American Horror Story, Glee, and Nip/Tuck has a new horror-comedy on the way, Scream Queens . The anthology series is headed to Fox and set to premiere in the fall of 2015. Set in a college campus, Scream Queens will follow two female investigators set out to solve a string of murders. Though the premise reeks of frat house bros taking advantage of freshmen sorority girls, it's not Law & Order: Special Victims Unit. The show is a comedy after all — and a comedy made my Ryan Murphy, no less.

Though it'd be a dream to have Jessica Lange star in the series, since she's officially retiring from American Horror Story, it might be a bit of a stretch, to say the least. According to Murphy, the production company has "already begun a nationwide search for those women, as well as 10 other supporting roles.” Unlike True Detective Season 2 , there's no dangling promise of a female lead. We know the show is definitely going to star two women who can tackle murder, mystery, and comedy all in one. Who might be up for the task? Let's take a look.

These two are seasoned improvisers and have a long history of performing together. Zamata is one of the newer faces to Saturday Night Live, while Byer appears in comedic stints on shows like MTV's Girl Code. Their onstage chemistry is not only electric, it also deserves to be on screen.

Most of Rudolph's post-SNL television projects didn't do justice to her immense talent and it's about time we see her in something that goes beyond the sitcom. McKinnon, though still part of Saturday Night Live, is clearly one of the shows soon-to-be big TV and film stars. I'd love to see these two, who both brilliantly embody their many characters, take on this new genre.

OK, hear me out on this one — I know these two are typically best known for their dramatic roles in shows like Mad Men and The X-Files, but that's the exact reason why taking on comedy (well horror-comedy) would be a perfect fit. Their serious, stone-cold delivery paired with whatever gruesome cases they uncover and some very dark comedy could be a match made in... hell (GET IT!?).

Banks is the tough-as-nails Chief and Kendrick is the up-and-coming officer in the ranks. Think of it like a Dr. Cox and Dr. Dorian dynamic, with less extreme levels of saccharine and cruelty. C'moooon, you know you would love it! It's a long shot, sure, but Ryan Murphy has a way of getting major players in his projects.

As the original queens of horror-comedy in Beetlejuice and The Addams Family, Ryder and Ricci are made to be the new Scream Queens.