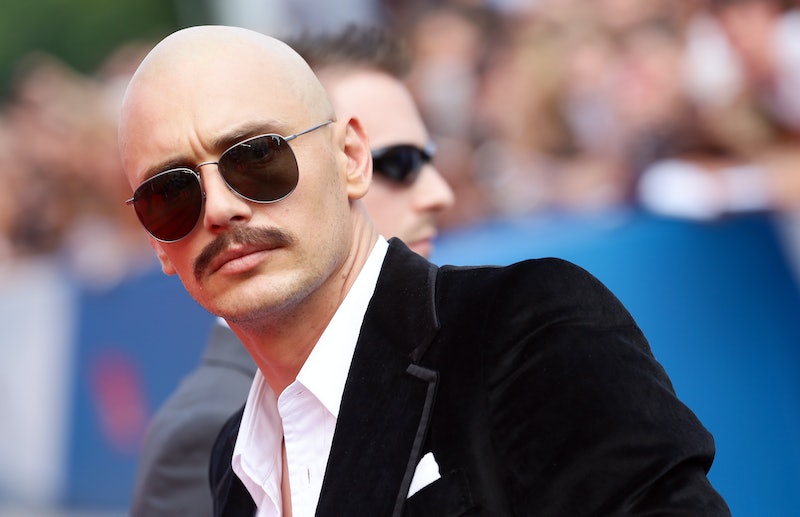 What do you get when James Franco attends a Lana Del Rey concert at the Hollywood Forever Cemetery? Well, according to TMZ, you get Franco reportedly attacking a paparazzo. As interesting and newsworthy as this might sound, I'm more consumed with who accompanied Franco to the concert. Keegan Allen, known for his hunky ways as Toby Cavanaugh on ABC Family's drama Pretty Little Liars, is apparently pals with this Oscar-nominated actor. He even went to the concert with Franco last Friday night. Who knew? I sure didn't.

First, let's get to the nitty gritty of Franco's "attack," and then we'll focus on what's truly important: Allen. Judging from the photos, it looks like Franco is having a good old time and laughing about, allegedly, pushing the photog to the ground. Well, whether he was joking or not, the paparazzo didn't find it amusing, as he filed a report with the LAPD claiming he's now suffering from a minor back injury and even has broken camera equipment. Franco or his reps have yet to comment, but per E! News, an "eyewitness" says Franco embraced his inner football player by tackling the photographer, ran away giggling, and did not appear to be joking around.

Now, while Franco injuring a paparazzo would be horrible and I hope that this is not actually the case, I have to admit I was distracted by he and Allen being besties. Seriously, how did I not know this? I'm usually on the up and up when it comes to celebrity friendships. And, how am I just seeing this photo of the two snuggling in bed? Last May, Allen visited Franco during his run in Broadway's Of Mice and Men, where they decided to "blow up Twitter" with a bed selfie. I guess the two are also co-stars in the film Palo Alto, which is based on Franco's collection of short stories.

You learn something new every day.