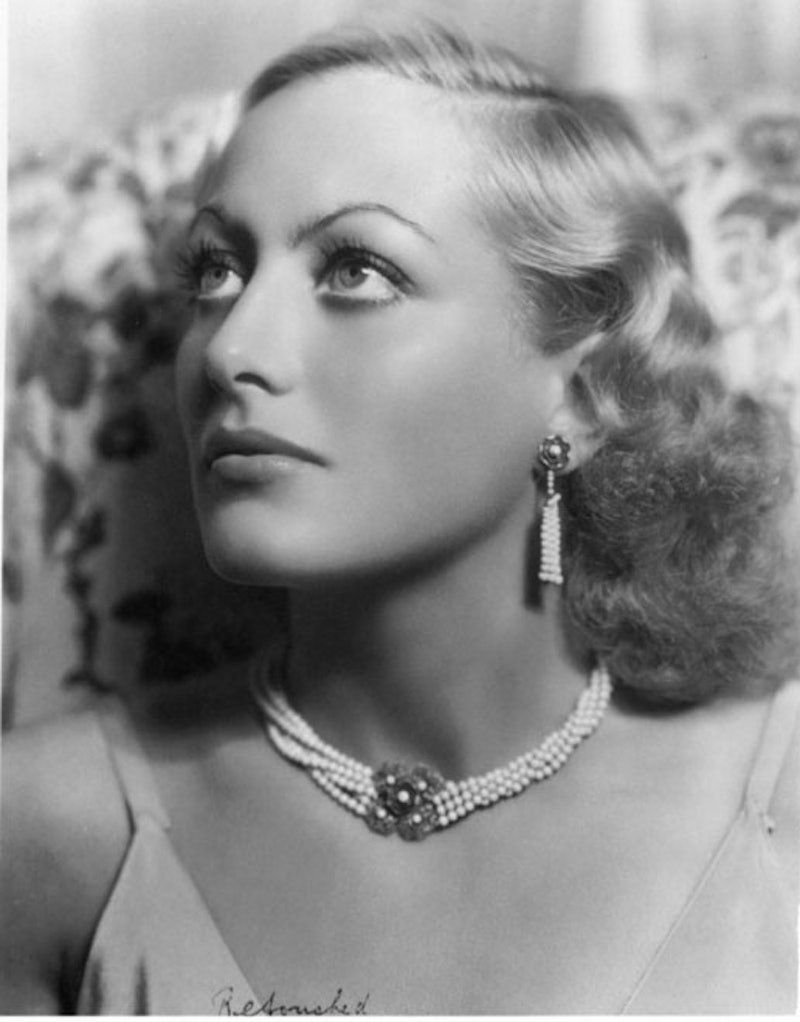 If you think photoshopping celebrities on magazine covers is a totally new age thing, think again. Two side-by-side images were released showing that a publicity shot for the 1931 film Laughing Sinners starring Joan Crawford was retouched. Photoshop at it's earliest origins.

After the original photograph of Crawford was shot, a retoucher spent six (six!) hours smoothing skin, removing spots, and erasing wrinkles. That's going to some serious lengths for beauty perfection. To retouch the photograph, a retoucher machine was used, backlighting and vibrating the original negative so the film could be physically smoothed out with a pencil, resulting in an altered, more polished version of the actress.

But even though retouching existed back in Hollywood's golden era, it's still a stretch from today's photoshopped pictures. Crawford's imperfections were smoothed out, but her body remained unchanged. Today, we might still erase wrinkles and zits (and really, who hasn't used their iPhoto retoucher to remove the unicorn horn in the middle of their face that appeared during that time of the month before posting it to Facebook), but we also get some wack-a-doodle drastically photoshopped body images that clearly look altered. So I think that's a little bit worse.

Crawford at least looks like herself, just smoothed out.

In this sad mess, Mariah Carey was either overly photoshopped, or gave birth to a full-sized human being between shots.

And it's not just for celebrities. Even fashion bloggers utilize body alteration to make themselves appear thinner.

But I have a feeling if it still took six hours to retouch a photo, we wouldn't see half as many dress sizes lost via photoshop. Damn you, simpler, modern technology.

More like this
The Reverse Cat Eye Is A Flawless Smoky Makeup Look For Fall
By Olivia Rose Ferreiro
15 Must-Have New Beauty Launches, According To Our Editors
By Rachel Lapidos
This Week’s New Makeup Releases & More Beauty Headlines
By Audrey Noble
Billie Eilish Teased The Debut Of Her New Fragrance
By Audrey Noble
Get Even More From Bustle — Sign Up For The Newsletter