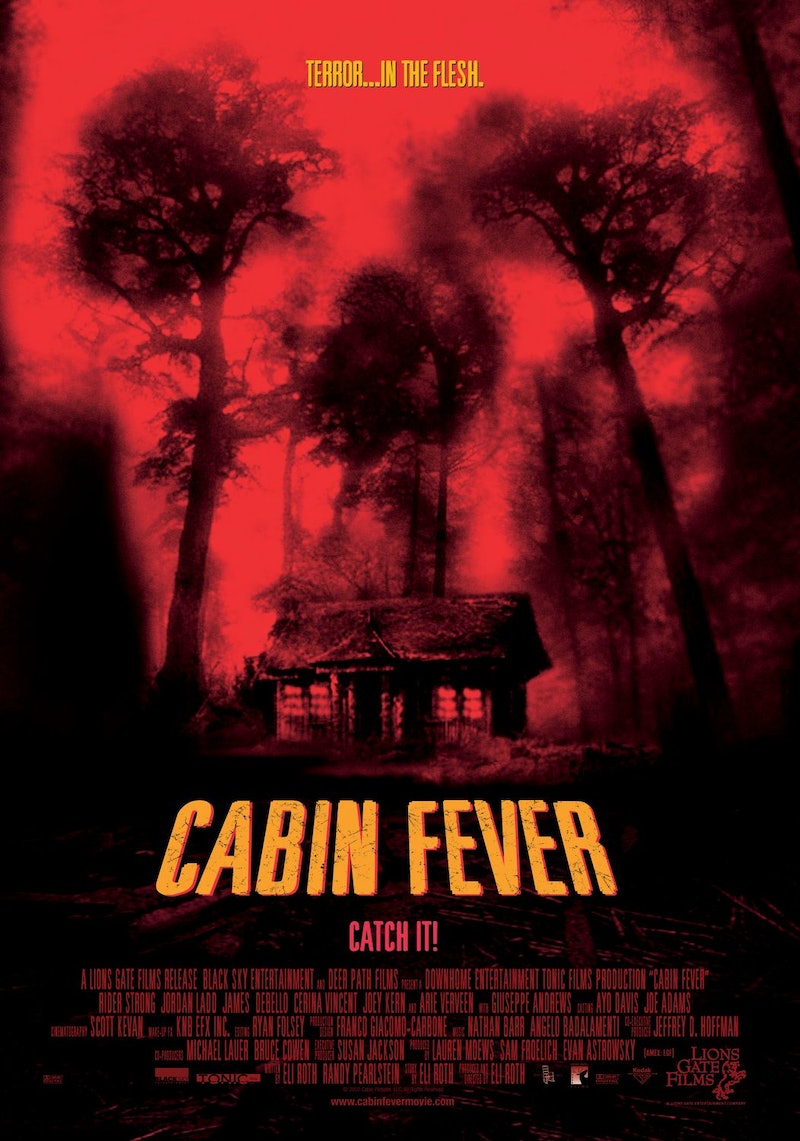 We're more than halfway through October, so that means we're all probably more than halfway through our Netflix queue of horror films. It's Halloween season, so that means it's time to settle in with a six-pack of pumpkin brews, a big bowl of popcorn, friends, and a pillow to bury your face in for a Friday night fright fest. One of my personal favorite gems of the genre is Eli Roth's 2003 gore-splosion Cabin Fever. According to Coming Soon , the movie is going to be remade verbatim from its original script with a new cast and director, with Roth executive producing.

The film follows five college friends and their gruesome getaway in the woods. A flesh-eating virus and backwoods murderers are just the tip of the very grisly, and darkly funny iceberg. It makes you almost laugh as much as you cringe or scream — but you'll definitely end up doing more of the latter.

The original starred Rider Strong (!!!), Jordan Ladd, James DeBello, Cerina Vincent, and Joey Kern. The new, well sort of new, version will star Gage Golightly, Dustin Ingram, Samuel Davis, Matthew Daddario, Nadine Crocker and will be directed by Travis Zariwny. Roth, who directed and co-wrote the original has high hopes for the remake: "Travis had an amazing vision for my original script, and as a scary movie fan I really wanted to see it. I almost see this like re-staging a play, and I'm excited to see what ideas Travis and the cast bring to it. They're all fans of the original and want to make a film that's a new classic and I believe they will."

If you haven't seen the original or if you are a fan and can re-watch as many times as you can stomach, then this is the perfect time to stay in...IF YOU DARE! Here's why Cabin Fever is so killer it's getting remade shot-for-shot.

The guy who hates squirrels for no reason

I'm not one for hunting, but I appreciate his honesty. Also would you expect much from a guy with an "F U" hat?

This scene still boggles my mind in so many ways. I can't wait to see "Pancakes 2.0" in the new version. WUT. So much WUT happening here.

The Poetic Justice of "I Made It!"

Spoiler alert: this guy is the worst and karma bites him hard.

It's got a classic love story

You know the whole will they/won't they die cliche! If nothing else, you can ogle your favorite 90s teen crush and laugh at how much horror movies are just really gory PSA's about sex before marriage. Happy Halloween, y'all.