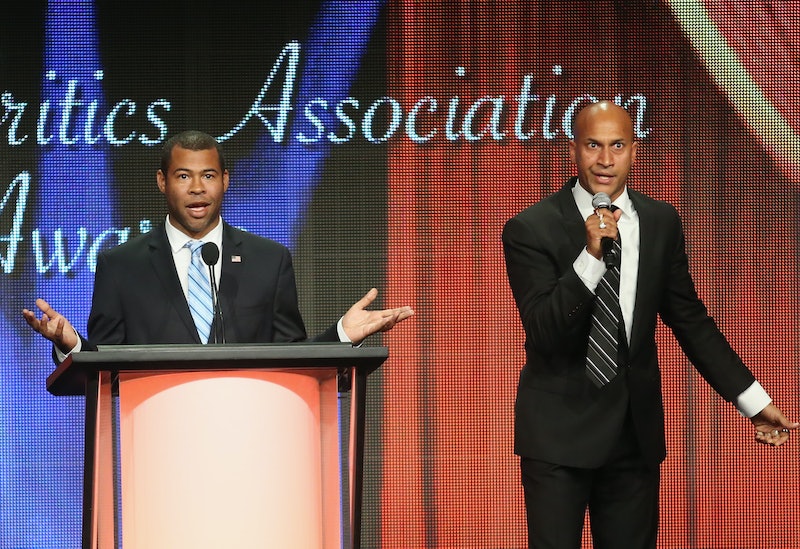 I'mma let you finish, but Keegan-Michael Key and Jordan Peele are one of the absolute best comedy duos out there. And, according to Deadline, now Key and Peele are making a movie. It'll be their first joint feature film, and will hopefully serve to launch the pair from their status of already-beloved geniuses to mainstream comedy Beyonces. Amy Poehler and Tina Fey are amazing in all they do, but the mainstream comedy space could really use a bit of Key and Peele's particular take on contemporary America.

Vulture writes that the duo also have a movie in the works to be produced by comedy fairy godfather Judd Apatow. They've also got a reboot of Police Academy and a big-screen adaptation of "Mr. Garvy, AKA Substitute Teacher," one of the popular recurring sketches from their Comedy Central show Key & Peele.

This particular movie, though, is about a kidnapped cat. It'll be called Keanu — unclear but hopefully likely that this cat's named after Keanu Reeves, even though Deadline denies a connection — and according to Deadline "Keanu tells the story of friends who pose as drug dealers to infiltrate the criminal underworld, all to retrieve a stolen kitty." As Peele noted, "The movie should resonate with a large audience as almost everyone has had a house pet stolen by a street gang, right?”

Regardless of its powers of relation, Keanu and those other huge projects seem to be combining in what promises to be a Key and Peele superstorm. I am so, so ready. They are so, so good.

In celebration, here are a few of my favorite Key & Peele sketches, including the recent and super relevant "Text Message Confusion:"