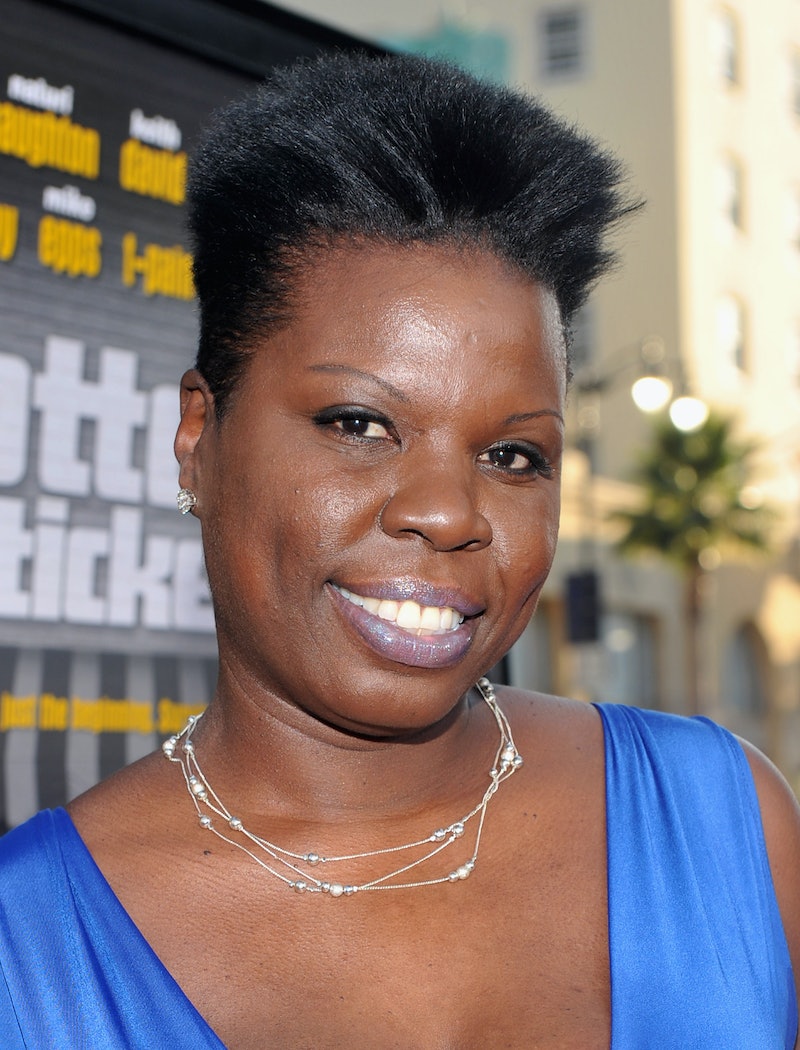 Saturday Night Live has been off to a bit of a shaky start during its 40th season, but perhaps some more fresh onscreen talent will generate a little more excitement. Deadline has reported that the late-night sketch show, SNL, has added Weekend Update correspondant Leslie Jones. She was part of the pool of talent who auditioned last year after SNL faced harsh criticism about its diversity problem. Sasheer Zamata was hired as a featured player and Jones was brought on to write.

Jones caused controversy last season while appearing on Weekend Update and performing a bit about slavery. Many viewers claimed the segment was distasteful, but the longtime stand-up stood by her comedy. Her style is frank, bold, and nothing if not original. Her addition to the cast is a welcome one, especially with Keenan Thompson retiring and Nasim Pedrad's exit — the show was inching worryingly close to worse than it was before producers hired Zamata.

Jones also has a very one-of-a-kind way of talking openly and honestly about relationship dynamics between men and women. She shakes up the notion of "crazy women" and never apologizes for desiring both sex and commitment. Her humor might make viewers uncomfortable, but it might be what the show needs. I for one am going to be watching.

Take a look at some of Jones' work here: