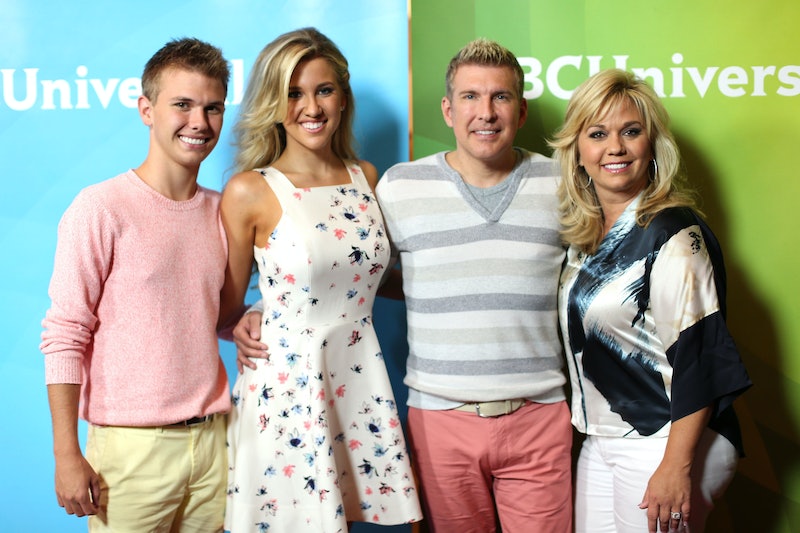 This week, the Chrisleys are going on a family trip together, so naturally, I had to figure out what amusement park they visited on Chrisley Knows Best . Georgia is my home state, after all.

Having lived in Georgia for most of my life, I couldn't be more thrilled that USA's Chrisley Knows Best is putting a spotlight on my home state... mostly because people who don't live here think we are all either rap stars or hillbillies. During the two years I lived in New York, everyone I met was mostly surprised that I came from a town that had a Target and a 24 hour pharmacy, and that I lacked their idea of a southern accent, and Chrisley is doing its best to prove to the rest of the country what I've always known — we Georgians (especially those of us who live in the Atlanta suburbs, like the Chrisleys and I do) aren't all rednecks. We, too, have five Starbucks locations within a three mile radius of our home, just like you.

The best part of watching Chrisley Knows Best for me is being able to point out all the locations they visit that I recognize... and then rolling my eyes, because that gorgeous park they always show right before they roll that clip of the Chrisley house? Yeah, those two locations are nowhere near each other. But the amusement park that the family is visiting in Tuesday's new episode? Yeah, at first glance, I had no idea where that was. 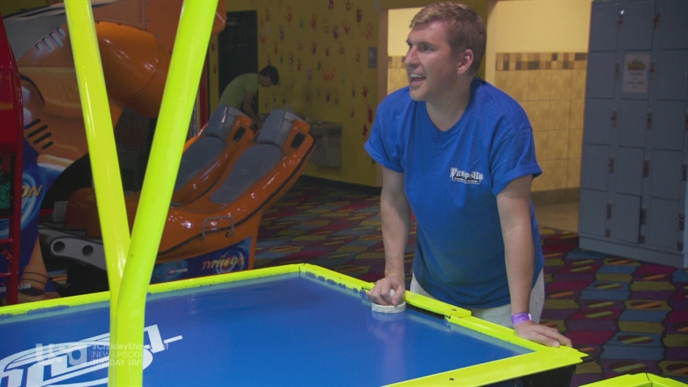 It's all pretty generic: Bumper boats, an arcade, probably mini-golf somewhere. Had they chosen somewhere super recognizable like Six Flags, it would've been a piece of cake, but instead, the family seems to have selected the Wal-Mart of amusement parks to show off their competitive sides. At first, I was at a loss, but then, while examining the clip closer, I noticed Todd was wearing a shirt with the park's logo on it. Mystery solved: They're at Funopolis!

And according to their website, you can do just about anything at Funopolis — ride go karts, climb a rock wall, get in one of those scary flight simulators that never fails to make me throw up my nachos. And if you're there for a party, they even throw in butt scooters. You know the ones, from elementary school gym class in the '90s. Nothing makes me want to put on Jock Jamz and scoot around the asphalt like reminiscing about butt scooters. Sigh. The good old days.

All in all, Funopolis doesn't look like a bad place to have your kid's birthday party or enjoy some family bonding time, but I can't figure out why a family who could easily afford an overpriced day somewhere big like Six Flags (which is still open for Fright Fest! Holla!) or even Disney World would hit a smaller amusement park to get their air hockey on. Regardless, it's going to make an awesome episode — and I can't wait to find out which Chrisley bests the rest of the family in the arcade.

Spoiler alert: It's totally going to be Greyson, because he's amazing.