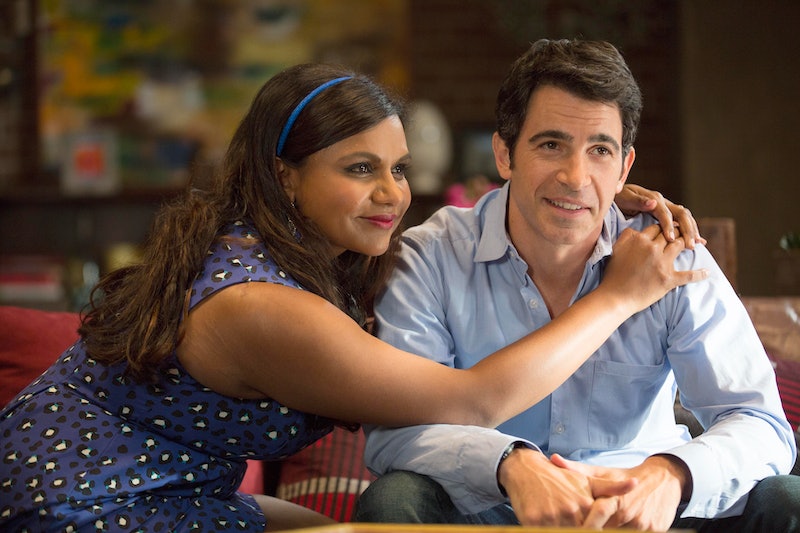 We are only five episodes into the third season of The Mindy Project , yet there is already a break in new episodes for The World Series. And while it feels like we waited forever for Danny and Mindy to finally get together just to have to wait even longer to see them as a couple during the season, rest assured that The Mindy Project will be back soon and in full force. The Mindy Project returns Nov. 4 on FOX.

The sixth episode of The Mindy Project — "Caramel Princess Time" — continues to follow Danny and Mindy as they work out the kinks of their coupledom, because everything this far in the season has been anything but smooth. First, there was Mindy being too chatty about her relationship with Danny, and then Danny's mother not connecting with her son's new girlfriend. Let us not forget the recent "slippage" that happened in the bedroom between Danny and Mindy, leading to a major discussion about communication. And when the show returns in a couple of weeks, it seems Danny has a bone to pick with Mindy — her chronic tardiness.

So what is one to do for two weeks while Mindy is off air and we wait for the next new episode? Here's how you can survive the Mindy dry spell and get ready for the sixth episode's return:

Unfortunately, with the timing of this break in airing, there will be no Halloween episode this year — like last year. Fortunately, you can rewatch one of Season 1's best episodes, "Halloween" on Hulu to get in the mood for the spooky holiday.

They hated each other in the beginning, but it always seemed obvious that they were bound to get together. Go back and watch the first two seasons as the couples relationship builds from disgruntle coworkers to being in a relationship.

So many famous faces. Seth Rogen, Anders Holm, Timothy Olyphant — just to name a few. Mindy Kaling is really on to something creating her own show and writing in whoever the hell she wants her character to be dating.

Create a drinking game for "Exsqueeze Me"

Basically every time it is said on the show, finish your red wine like you're Olivia Pope after a stressful day at the White House.