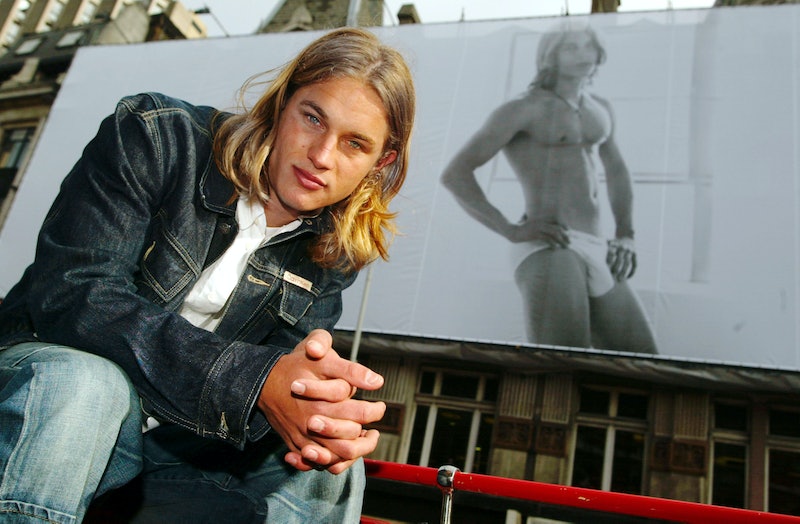 In 2014, the '90s have proven, multiple times, that they are firmly and fiercely back when it comes to fashion, whether you like it or not. An icon of the '90s — Calvin Klein underwear, instantly recognizable from the brand's name on the waistband of the tighty whities — is back in celeb style this year, with lots of A-listers proudly showing off their Calvins on Instagram. It's no different than grunge and flannel turning up again, as well as goth chic.

Whether you lived through the '90s or were born during the decade, the style of the era is once again prominent, reminding us that like history, fashion is an incredibly cyclical thing. What goes out of style is inevitably going to come back in, so don't go rifling through your closet to donate all of your old clothes once your trendiest pieces feel passé. Donate some stuff, but hold on to key, favorite, and pricier pieces because you will curse yourself if you get rid of 'em when they pop up again.

But in the case of Calvins, they never really went out of style, even when Marky Mark the rapper, who became insanely famous due to his Calvin ads, transitioned to Mark Wahlberg the serious actor. They just weren't as visible.

These celebs are bringing back their Calvins — and I suggest you do so too.

The "Blurred Lines" model and Gone Girl actress swapped her bra for her hands and showed off her Calvins. When is the last time boy shorts looked this good?

The "Body Party" singer and new mom proudly displayed her post-baby body — and gave Calvin Klein some promotion in the process.

Ora and her script tattoo celebrated a No. 1 single in the U.K. with the numeral on her spine and a pair of Calvins on her bum.

She's a black widow, baby. And a Calvin Klein wearer, too.

This one is for you, Beliebers. Try not to all scream at once. The Biebs is oft shirtless and is heavily tattooed, with his waistband in view.

More for the Belieber contingent. Someone get this kid an endorsement. Cal, make it happen, maybe?

The singer and actress and her abs were fit in her Calvin Kleins.