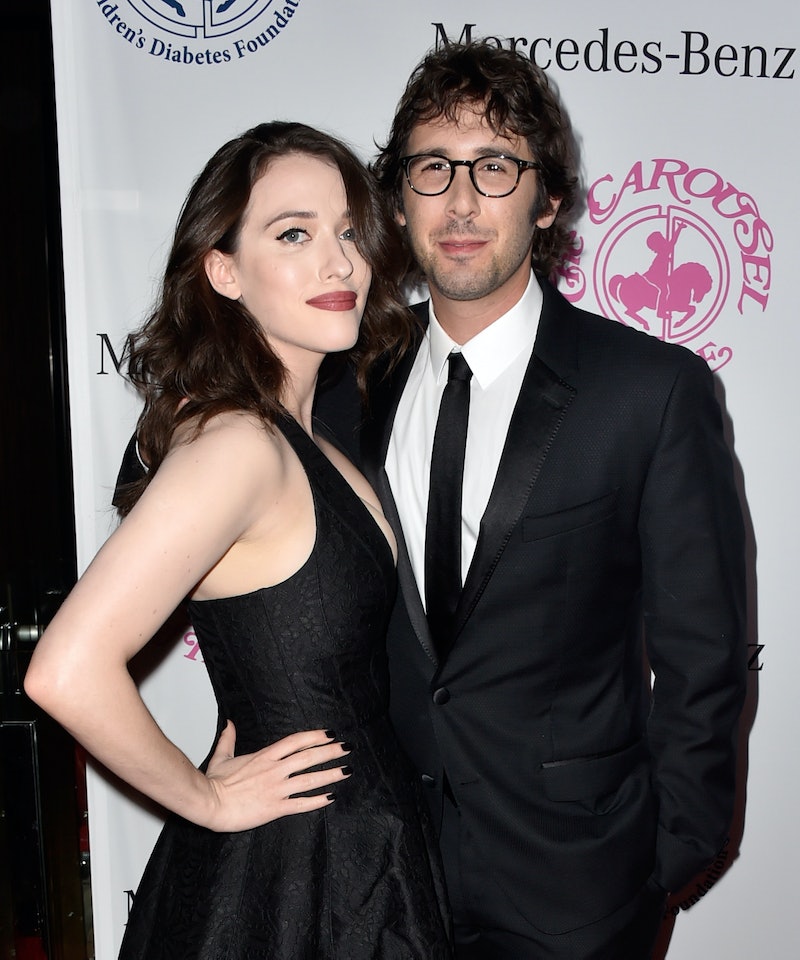 2 Broke Girls actress Kat Dennings and her new boyfriend, singer Josh Groban, recently went public with their burgeoning relationship with a red carpet appearance, and they couldn't be cuter. I'm actually kind of embarrassed at how invested I am in their relationship already, and Dennings' latest visit on The Ellen Degeneres Show sealed the deal. Kat Dennings spoke about how she met Josh Groban while she was there to promote the 80th episode of her CBS hit which will feature guest star Kim Kardashian. Kat, 28, called her 33-year-old BF a "wonderful person," and spilled how her 2 Broke Girls co-star Beth Behrs set them up.

He's very witty on the Twitter and I saw his little tweets... and sometimes we would [tweet back and forth]. But, yeah she's always talked about how great he is. They've been friends for years. And she thought we were both, you know, nerds. So there, she was right.

Can you hear that? Sorry, it's only my SQUEALS OF HAPPINESS. S'cute. Unfortunately, there is a very real threat to Kat and Josh (Can we start calling them "Kosh?" Or maybe "Jat?" Too soon for this?), and it's all thanks to none other than Kim K. Apparently when she stopped by the TV show's set, the actress was totally smitten.

She was very sweet. She was very nice. And her ass is amazing! I am feminism, girl power, but I was just so in love with her ass. I just spit talking about it — that's how passionate I feel!

OK, OK, one half of the inspiration for North West's voodoo doll set isn't really breaking them up, but I think Dennings has a major case of the Girl Crush.

There's an episode of Keeping Up with the Kardashians — an oldie, a vintage one, before she and Kanye got married — and she was doing her music video and Kanye was there and he was like, "I have never seen an ass like that." And that's what I was thinking!

Maybe the two couples can go on a double date? I'm good with anything so long as Dennings and Groban just get married, have beautiful children, and live happily ever after. The End.