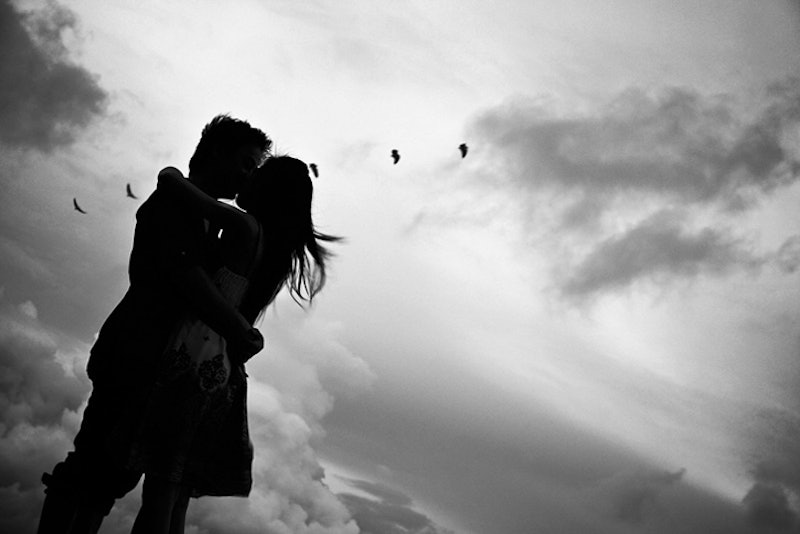 If you’ve ever had the sneaking suspicion that someone you’ve been seeing might be a totally different person with their friends than they are with you, guess what? You’re absolutely right. For their latest study, social discovery app Hinge wanted to answer the question, “How do people behave differently when their date is a friend of someone they know, versus someone with whom they’ve got no other connection?” Although the answers aren’t too surprising, they’re still kind of astonishing. Hinge, which previously brought us that neat-o survey about social butterflies, assembled their answers into a hand-dandy infographic — and just for funsies, they made it Halloween-themed. Trick or treat, indeed!

The “friend of a friend” stats, while interesting, aren’t particularly mind-blowing: Dates are four percent more likely to foot the bill and 24 percent less likely to reschedule at the last minute. The “rando” stats, however, are where things get real crazy, real fast: I mean, dates 18 times more likely to lie about their age to randos? That’s a pretty massive uptick. And then there’s the fact that people are 72 percent more likely to embellish their job if they’re on a date with someone they’ve just met. We probably all talk up what we do to some extent; after all, that’s usually one of the first small-talk topics to come up when you meet someone new: The dreaded “So what do you do?” conversation. 72 percent, though? That seems a little excessive to me. There’s trying to impress someone… and then there’s pretending to be something or someone you’re not.

Of course, what the survey doesn’t tell is why people behave so differently with strangers. I suspect a lot of it has to do with accountability: When you’re on a date with a friend of a friend, your behavior could (and, in all likelihood, will) get back to your mutual acquaintance — which means that not only will you feel guilty for being revealed as, say, a cheapskate to someone whose opinion you value, but moreover, that your date can confirm whether or not something you told them about yourself is true. With randos, on the other hand, there isn’t really anyone to hold you accountable for what you say or do. It’s kind of the same principal that governs trolling behavior online: If no one can match your behavior with your real-life identity, then it’s somehow “safe” to do things you wouldn’t otherwise do. Obviously not all people you’ve just met are lying their pants off at you, but it’s still worth considering.

And this isn’t to say that you should only go on dates with people you or your friends already know, either; for example, my SO and I were complete strangers when we first met, and we’ve been together for over five years now. But hey, I suppose if you do date non-randos, at least the likelihood of having your potential mate climb down your chimney and get stuck in there probably shrinks a bit.

Check out the full infographic below (click to embiggen), and head on over to Hinge’s website to find out more about the app. Happy dating!