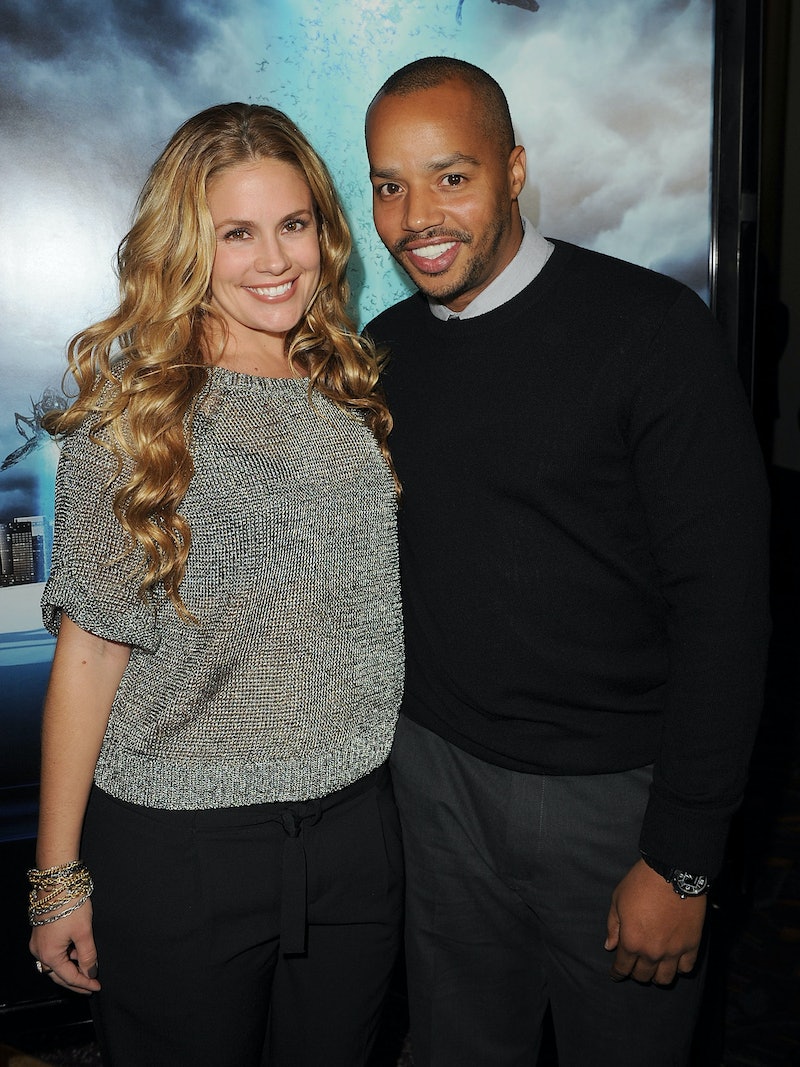 Congratulations are in order for the former Turk: Donald Faison's wife CaCee Cobb is pregnant. Huzzah, babies! Huzzah, babies from people who have starred in beloved things!

Faison and Cobb have been married since the tail end of 2012 — they got hitched in Faison's bestie Zach Braff's back yard, because they're determined to give you JD and Turk material for the rest of our natural lives. Guy love, man, it's powerful stuff.

Cobb and Faison have one child together previously, a ridiculously adorable son named Rocco. That one's about 14 months old — Cobb had him just after last year's Comic-Con — so the couple will definitely have their hands full with a newborn and a toddler existing in their presence simultaneously. Cobb announced the pregnancy through Rocco's image: She posted an Instagram Tuesday afternoon of Rocco grinning with a little cartoon bow tie and "I'M A BIG BROTHER!!" emblazoned over his shirt. Yes, it is as adorable as it sounds, and you can witness it for yourself below.

Also below you can witness the photographic evidence of how much more cuteness is coming with a second kid for these two.