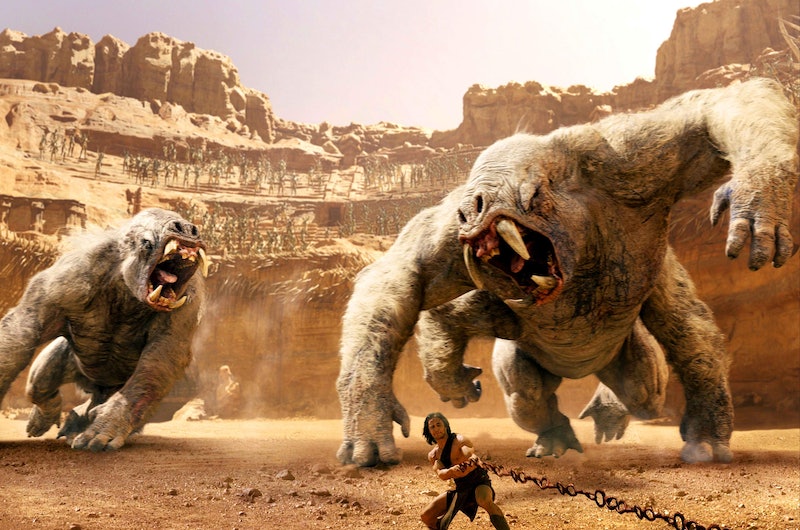 Well Disney has learned their lesson, because it seems like they don't want to come within a 100 mile radius of any future John Carter projects. The estate of the creator of the "John Carter of Mars," Edgar Rice Burroughs, has reacquired the rights to the franchise, and is hopeful to find another studio to create the film's franchise, that they believe to be very deserved.

Let's talk about John Carter for a hot second. Is it Avatar? Is it Gladiator? Is it Tarzan, because Taylor Kitsch wears only a loin cloth in the majority of the film (which I'm not complaining about, but still)? There is a reason this movie is considered a box office bomb — but seriously, it has made the list of largest box office flops of all time. So why, Edgar Rice Burroughs Inc., do you think that you should be "seeking a new partner to help develop new adventures on film as chronicled in the eleven Mars novels Burroughs wrote." The president of the company says it is because, "This adventure never stops.” Maybe we should just make it stop, though, just for practicality reasons, and not because this thing existed in the movie.

And no, I'm not referring to Kitsch.