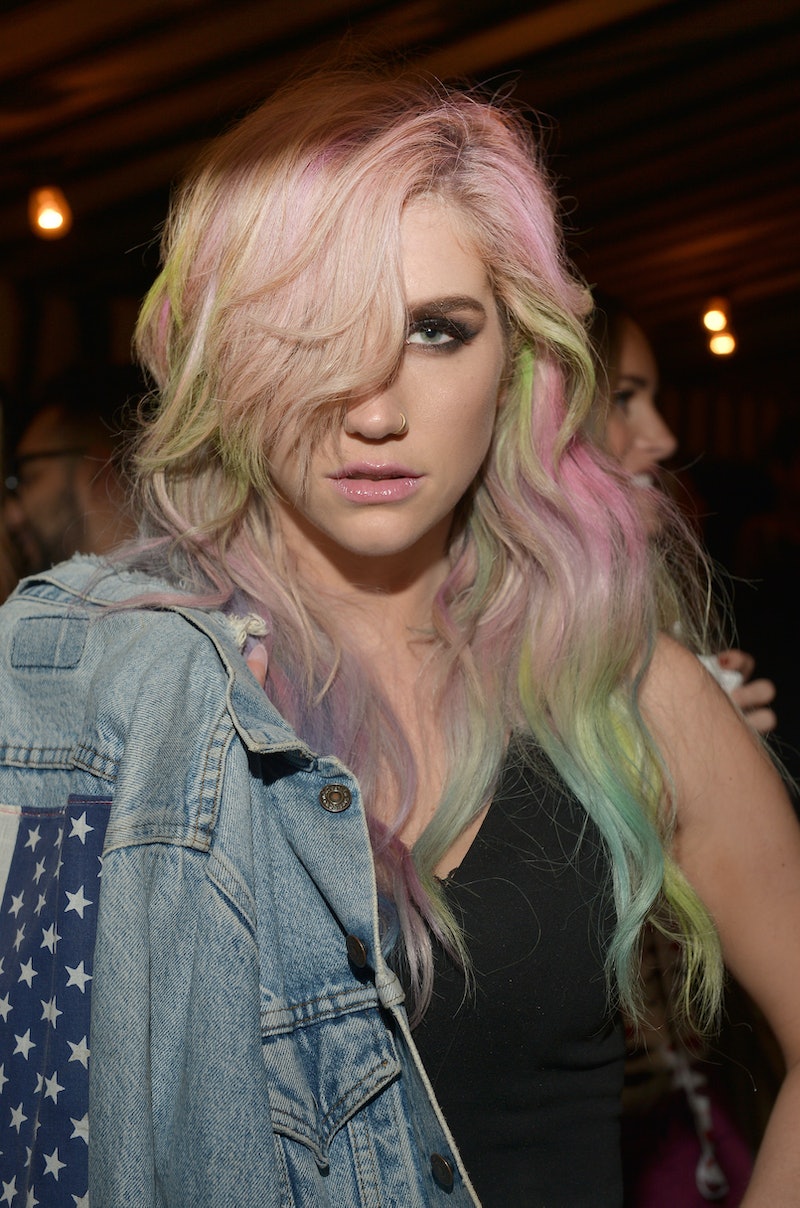 The continued legal battle between Kesha and Dr. Luke continues just gets messier and messier, but now her fight for freedom might have hit a significant snag. In a horrifying turn of events, Kesha is suing Dr. Luke for sexual assault, alleging that the producer not only drugged her and forced himself on her, but also emotionally abused her and contributed to her rehabilitation for an eating disorder in early 2014. She is aiming to be released from her contract with him, but he won't let her go without a fight. According to recent evidence, Kesha denied Dr. Luke's sexual abuse in a deposition in 2011, which puts her in a lose/lose situation. Either she is lying now or she was lying then, but either way this is strong evidence for Dr. Luke's case.

Or is it? The Hollywood Reporter states that the deposition was against former managers at DAS Communications and the details seem like a musical custody battle. "According to the 2010 lawsuit, Kesha made a deal a decade ago with Dr. Luke, but then signed up for representation with DAS. DAS began examining the enforceability of Kesha's recording agreement, and Dr. Luke's attorneys were provided notice that Kesha was disavowing the deal. Kesha would later return to Dr. Luke's fold, setting off DAS' lawsuit over owed commissions. DAS also sued Dr. Luke for allegedly interfering."

The emphasis there is mine because it's particularly illuminating in light of the private depositions, in which Kesha apparently denied that Dr. Luke had ever given her coke or a roofie and then said that she "[didn't] remember" if she had called her mother after waking up in Dr. Luke's hotel bedroom with no memory of that had happened. She even denied that Dr. Luke had ever made any sexual advances toward her. All of this sworn testimony — which includes her mother, Pebe, denying that she had ever been told about Kesha's drugging and assault — could put a dent in Kesha's lawsuit and credibility.

However, Kesha's lawyer has already pointed out the coercion in these statements, highlighting the part of Kesha's lawsuit in which she alleged that Dr. Luke often threatened her and her family if she took any action against him, adding, "In every courtroom in every county, in battered women-type of cases, you have equivocal statements of 'I don't know.' This is part and parcel of sexual abuse." From the details of the case, it seems as though Kesha tried to leave Dr. Luke to work for DAS and changed her mind — either independently or because some outside force helped to change her mind. From DAS' lawsuit citing Dr. Luke's interference and Kesha's current lawsuit detailing the control he had over her, it seems likely that it was the latter and that the outside force was Dr. Luke himself.

Do I believe that Kesha lied under oath in 2011? Yes. Do I believe that she was coerced to do so? Yes. All this says to me is that the allegations of Dr. Luke's sexual and emotional abuse have been alive and well for over three years before Kesha had the power, and was in a position, to finally free herself from such a toxic environment. To me, this just shows how long she's been fighting and how tightly controlled, or completely afraid, she was of telling the truth, of not being believed, of what would happen to her and her career if she spoke out. Thankfully, she feels empowered enough to speak out now and all we can do is support her. After a lawsuit like this, it doesn't seem to be in either of their best interests to pursue a professional relationship with one another at all.