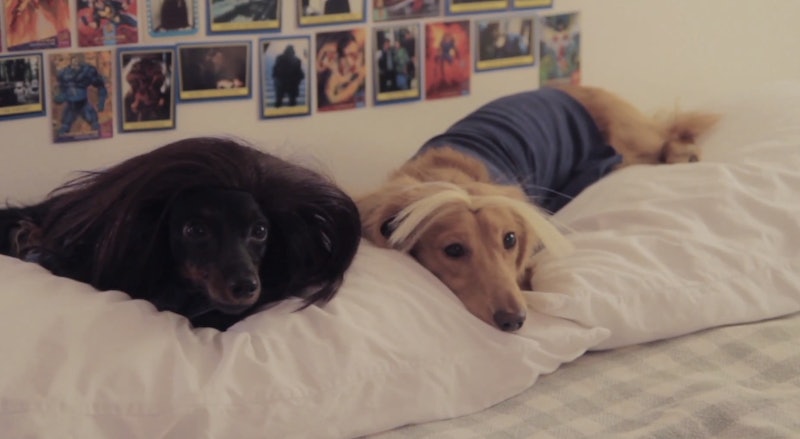 It isn't just Dawson and Joey talking about genitalia, though — there's an introduction to new dog on the block, Jen, and that awkward moment when Joey spills about Dawson's virgin status. (How did he not see Joey had feelings for him? Geesh.) The icing on the cake, really, is Pacey and his English teacher, Tamara. This PG-rated parody doesn't have the cougar grabbing his crotch on the docks, but there is a kiss. Yeah, it's kind of weird, but at least it's accurate. Hopefully this parody continues with even more episode remakes, because I'd love to see their take on prom, the Breakfast Club-like detention lockdown, or at least the series finale. Watch below!