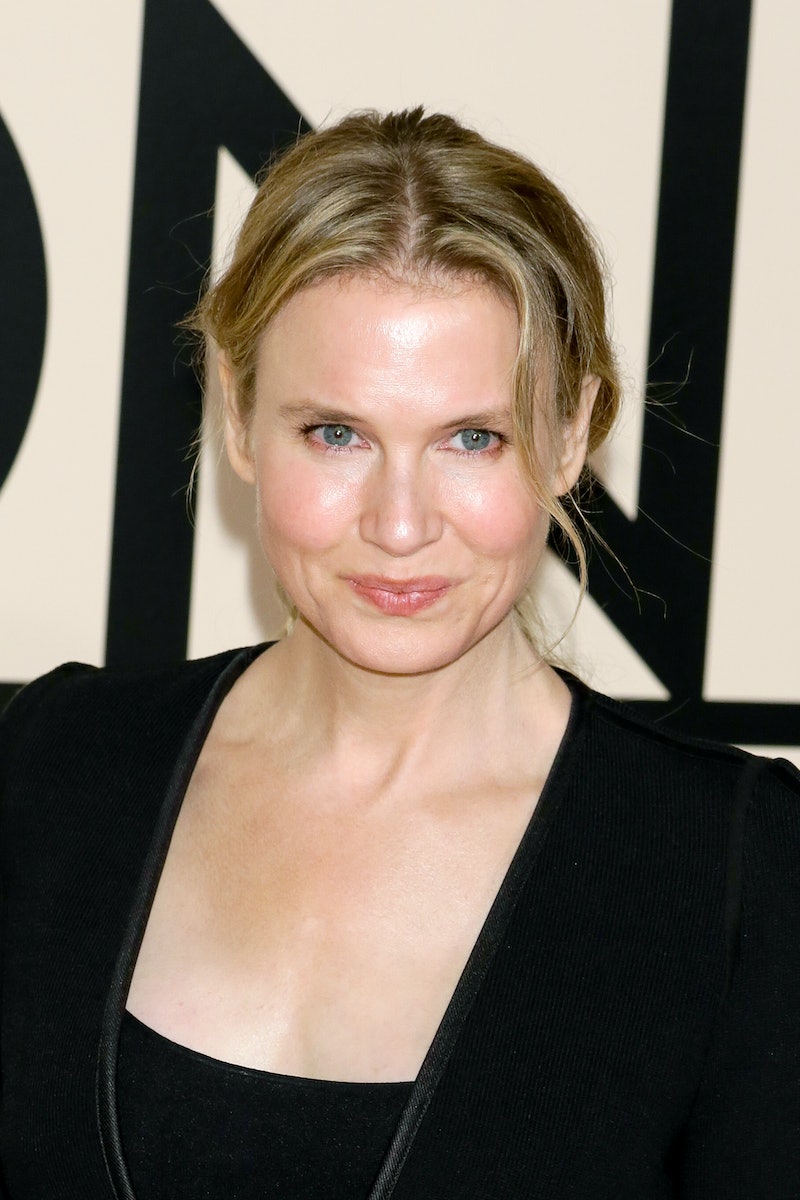 We all look different than our younger selves. That’s for certain. Sure, we all hope that we can somehow maintain our physique, our skin, and our shiny, healthy hair till we're well past our prime, but we really can't stay young and beautiful for, well, forever. Yes, despite what magazines and TV shows and Hollywood has taught us is possible or ideal, we can't. But it appears not everyone understands that which must be why everyone’s surprised that actress Renée Zellweger dared to age.

Zellweger didn’t have to do anything to start trending on Twitter and become the target of tabloid speculation on Tuesday. All she did was make a public appearance for people to start talking about what exactly "happened" to the Bridget Jones's Diary star’s features. Zellweger released a statement saying that it was just normal aging and healthy life changes that made the difference, and that’s what’s so troubling about all of this: our shock and some people’s Twitter outrage at seeing Zellweger's "new" look puts a frightening perspective on Hollywood and what female stars have to do to stay young and beautiful.

Zellweger’s transformation — and by transformation, I mean the completely natural process of getting older — shouldn't be a surprising phenomenon to us. The fact that it is should be worrisome. Zellweger looks beautiful. Different? Yes, but still beautiful. It makes me cringe at what female actresses in the industry would have to do to maintain looking the same as they did when they started out, because we know humans really don’t work that way.

Why is it always newsworthy when we see actresses decide to go natural? The #wokeuplikethis hashtag and Instagram trend creates morning headlines for us to feel impressed by Beyoncé and Zooey Deschanel's makeup-less faces. Celebrities without makeup lists are perfect clickbait for everyone to feel... what exactly? Am I supposed to feel better that they look normal? Or should I feel bad that I'm relishing in the fact that they have bags under their eyes? The problem with these lists is that they're just examples of women being women, and yet, we're taught to gasp at it. Even if we're gasping at how nice they still look, should this be a shock? They have nice genes. You go, heredity!

Sadly, we live in a society where a female celebrity looking as natural as possible is a sensation, whereas a woman made-up, with work done, and fully Photoshopped is a norm. And finding Photoshop fails is gaining steam. We revel in spotting differences in fashion shoots and on celebrity Instagrams. As a result, we keep a sharp on eye out for cellulite and thigh gaps to an unnatural degree — just more things to nitpick about.

That's the thing. We want authenticity, but we abhor anything that reminds us of the natural way of life (ie: aging, weight gain). We want beauty and youth, but hate anything fake, like a hint of plastic surgery or Botox. Beautiful women from Kim Kardashian to Kelly Ripa and Cindy Crawford admitted to getting Botox which seems safe to own up to, I think, because it isn't as invasive of a procedure as plastic surgery. But we admire them for admitting so. It's authentic about being inauthentic. Weird, I know.

Plastic surgery seems to scream "faker." Just look at the woman trying to look like Barbie or the guy trying to get built like Ken. The public cries out against it, but when someone does the ultimate authentic thing, like age gracefully, we balk.

It looks like the consensus is we want actresses to get work done but not tell us, as if we want them to continue being the same starlet that came on our screens decades ago. We want them to look healthy, but aren't aware of the time and energy they need to themselves to recharge. Certainly not! We have outfits that need judging and movies that need making! We want their secrets to staying young and beautiful because it tells us that we can too!

But, no. It's not like that. Humans are like fruit. We bruise and age and have time on the shelf, and all of that personal upkeep is just work. In what should be considered an unnecessary statement to People magazine about her looks, Zellweger said,

I’m glad folks think I look different! I’m living a different, happy, more fulfilling life, and I’m thrilled that perhaps it shows. My friends say that I look peaceful. I am healthy. For a long time I wasn’t doing such a good job with that. I took on a schedule that is not realistically sustainable and didn’t allow for taking care of myself. Rather than stopping to recalibrate, I kept running until I was depleted and made bad choices about how to conceal the exhaustion. I was aware of the chaos and finally chose different things.

More like this
UK Viewers Will Have To Wait To Watch The Handmaid’s Tale S5
By Maxine Harrison
Help! I'm Not Getting Any Attention On Dating Apps. What Can I Do?
By Sophia Benoit
The 12 Best Strapless Bras That Won’t Slip & Fall Down
By Audrey Williams and BDG Commerce
Berriez Founder Emma Zack On Her Size Inclusive NYFW Show
By Dominique Norman
Get Even More From Bustle — Sign Up For The Newsletter