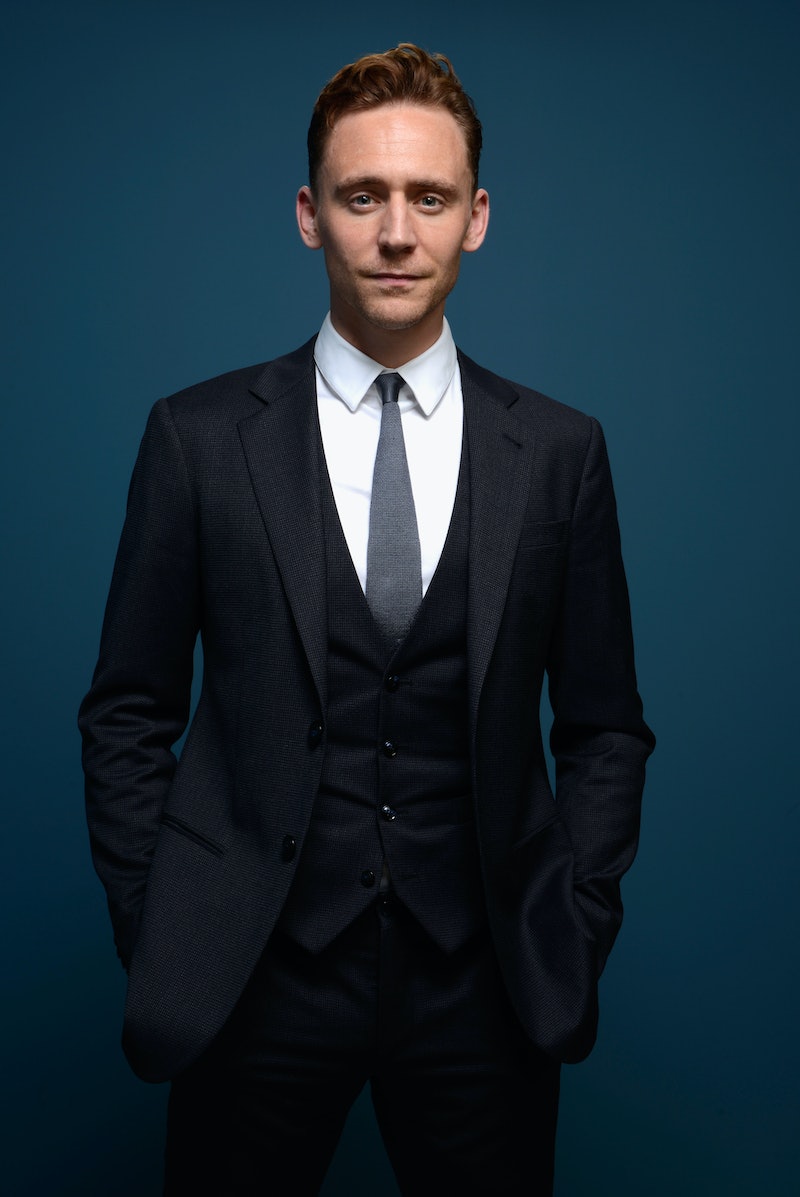 We all know Tom Hiddleston as the debonair, bow-tie wearing, handsome actor he is today. But once upon a time he was just a gangly, curly-haired drama student with an adorable boyish smile. Hiddleston is notoriously private and doesn't really take to posting #TBT pictures, but fortunately, the Internet is a magical place and with a little bit of digging you can find a goldmine of photos of young Tom Hiddleston. Or as he more affectionately known: Baby Hiddles.

The 33 year old has been acting since he was 13, doing student plays at Eton College and eventually moving up to the University of Cambridge and later the Royal Academy of Dramatic Art. Hiddleston says he got into drama because he "found being away at school while [his] parents were divorcing really distressing." For him, acting was a way out of that.

Since his career started at such a young age, we're privy to a number of photos from early stage productions and bit parts on TV shows that let us see where the suave man we love started out — and he was freaking adorable.

But don't take my word for it. Enjoy this Throwback: Tom Hiddleston Edition yourself.

Look at that focus and intensity. He was destined for greatness even back then.

WAY BACK AT ETON

Of course he was a house captain.

IN ONE OF HIS FIRST MOVIES

STARING INTO YOUR SOUL

Those eyes get me every time.

ACTING IN HIS FIRST TV SHOW

Suburban Shootout was a wonderful series shot in 2006 when Hiddles was only 25. But he has such a baby face that he looks about 18.

BEING TALLER THAN EVERYONE

And twice as dorky. Look at his face. I can't even.

IN A SHAKESPEARE PLAY

He's loved period pieces since he was a wee lad.

Just imagine the things he was able to get away with as a kid with a grin like that.

That Twitter description is so accurate. If only Hiddles had played Josh Radnor's part. I might have even put up with the horrible HIMYM finale then.

LOOKING TOO ADORABLE FOR WORDS

Stop it with that smile.

AS A RUGBY PLAYER

I spy a baby Tom Hiddleston.

I'm so grateful for this period of time when he had such curly hair.

This photo looks ancient. I bet it was taken on a Razr phone.

Turns out that 24-year-old Hiddleston also looks like a really happy golden retriever.

Thank goodness I'm not famous because I would die if my former classmates posted my yearbook pictures and such online. But also thank goodness someone did for Tom Hiddleston because all this preciousness should never go to waste.