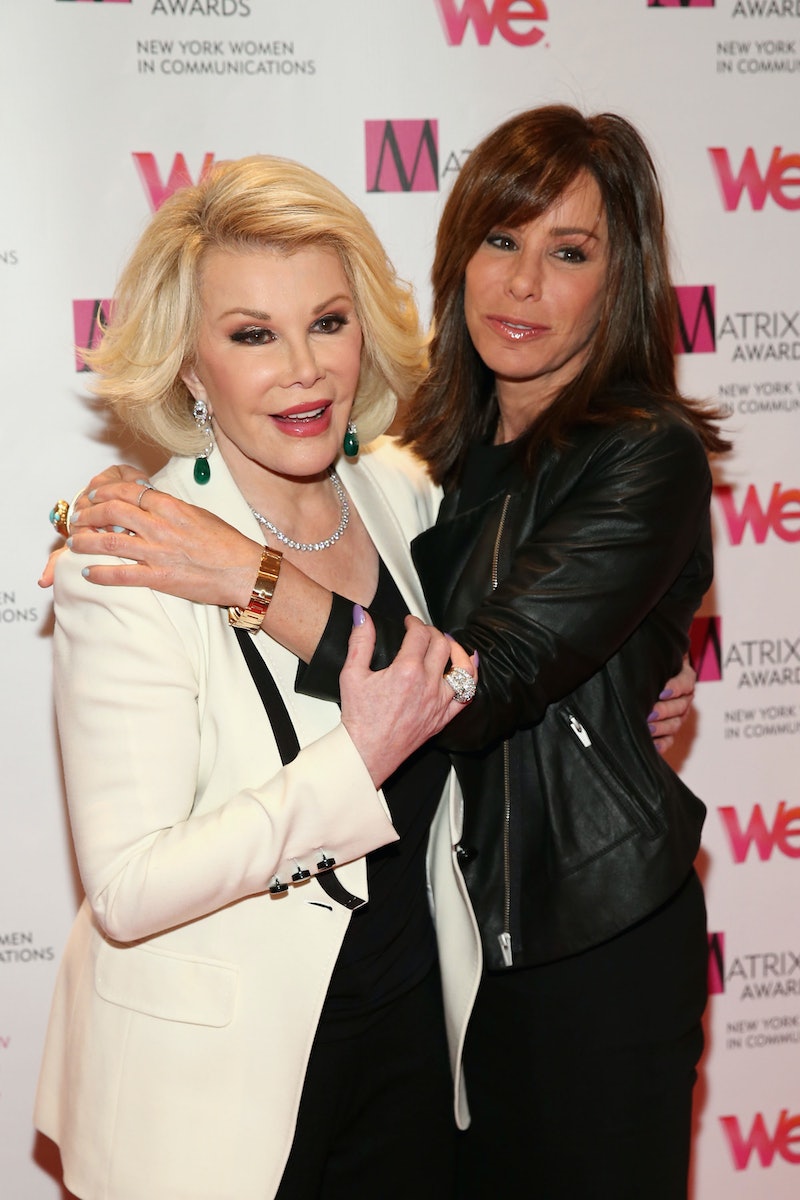 Just a short two months ago the entertainment world bid farewell to funny and blunt comedienne Joan Rivers. Now, Melissa Rivers is receiving her inheritance worth over $100 million, but it doesn't make up for the fact that she lost her mother way too soon. According to Us Weekly, Melissa is set to receive a large portion of her mother's estate, including $75 million in cash and Joan's French-inspired New York City-based condo totaling $35 million. In addition, Melissa's son, Cooper, 13, will also receive a part of Joan's legacy.

Us Weekly also reports that, according to a source, Melissa does not see her inheritance as any type of "consolation" (obviously) for her mother's passing. As with any death, money does not bring a loved one back or make the situation any easier. Melissa and Joan were not only mother and daughter, but they were best friends. After she died, Melissa released a statement honoring her late mother and said, "My mother’s greatest joy in life was to make people laugh. Although that is difficult to do right now, I know her final wish would be that we return to laughing soon."

Joan died at the age of 81 after succumbing to complications from a throat procedure. The official medical examiner report revealed the Fashion Police host died due to pulmonary arrest leading to brain damage.

As for the state of her show, according to E! Fashion Police will continue with a new lead host.

Joan, you're still greatly missed, and you'll never fail to keep us laughing!