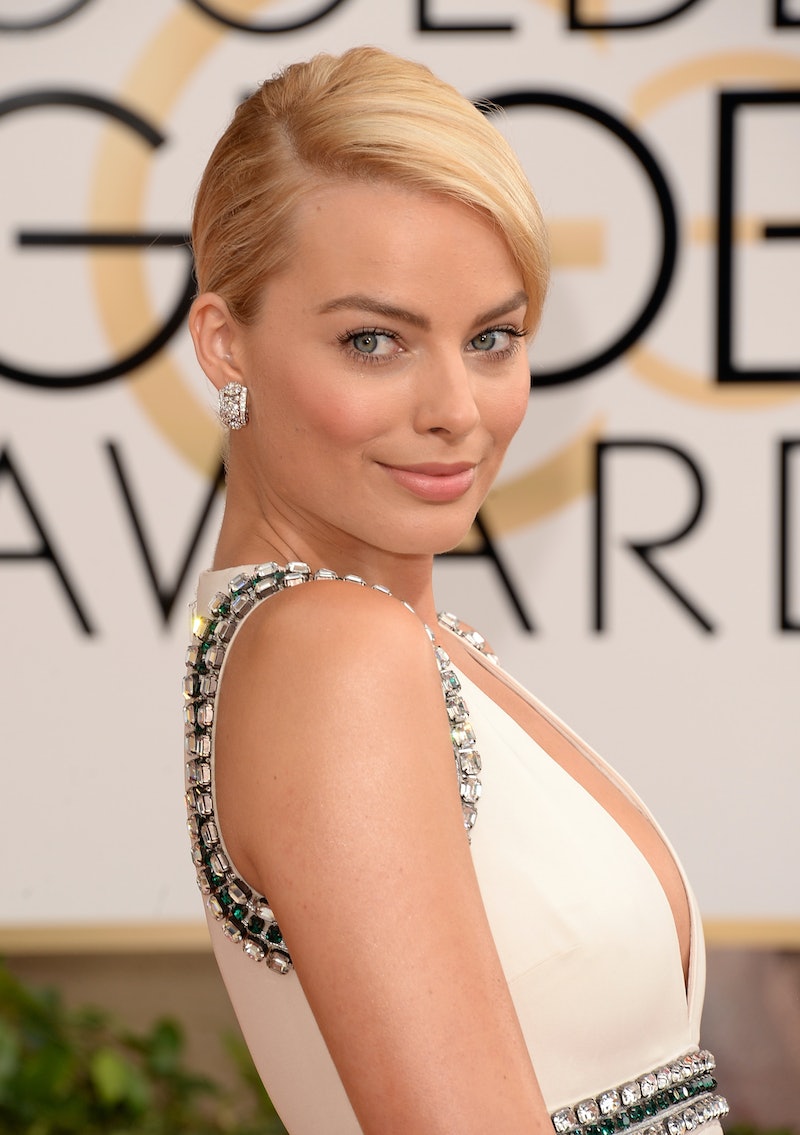 The road of Kim Barker's wartime memoir Taliban Shuffle has some new blood circling it: Wolf Of Wall Street star Margot Robbie's in talks to join the Tina Fey-starring film. If the deal goes through it will mark Robbie's first real move into comedy. And who wouldn't want to start something like that alongside Tina Fey?

Taliban Shuffle is described as a "political black comedy" and follows, as The Hollywood Reporter's Borys Kit puts it, "Barker’s arrival as a fish out of water in Kabul, filing stories about militants, being a woman in wartime Iraq and Pakistan, dealing with boredom interspersed with dashes of violence and the promiscuous war-correspondent culture."

Fey's producing with (of course) SNL overlord Lorne Michaels, and Crazy, Stupid Love directors Glenn Ficarra and John Requa are directing. Fey will play Barker, and Robbie's in talks for the role of a "hard-core" news anchor/friend of Baker. This movie doesn't actually start filming until this spring, so we've got a ways to before we can really start getting alternately excited and skeptical over this project. Considering this particular film stars Tina Fey but is also called something like Taliban Shuffle, I'd put bets on their being frequency for both.