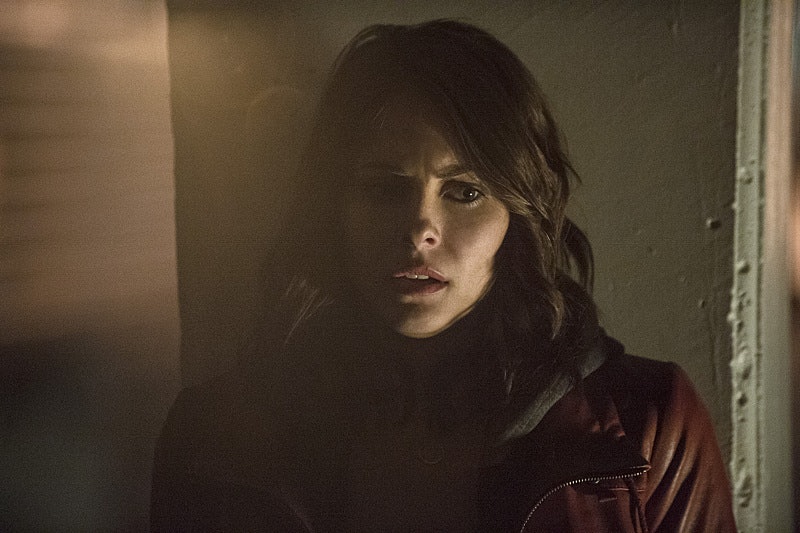 Though we only got a glimpse of her last week, the "Corto Maltese" episode of Arrow placed Thea Queen front and center of the action, so viewers could finally see not only what she's been up to, but who she's become these past five months. But the thing is, even with the flashbacks of her training and seeing her in the present day, I still have no idea where this mini-Merlyn's loyalties lie. Which makes me wonder — is Thea hiding something from Oliver? Because as angry as she supposedly was about all the secrets and lies, their reunion went surprisingly well. Almost too well, some might say. She didn't express any hard feelings and genuinely seemed pleased to see him. Yet her training with dear ole Daddy Malcolm indicates an entirely different type of person.

So who is the real Thea Queen? The truth is, she may not know the answer to that question herself. Call me paranoid if you want, but I've fallen victim to Arrow's many twist and turns too many times to ever take anything at face value alone. She's a different person after all that time spent with Malcolm. And while it's unclear if she'll end up becoming a full-on villain, I'm nowhere near ready to think things will go back to how they once were. Yes, Oliver was actually honest with her for a change, which could inspire some good faith on her part. But there's got to be more to her return to Starling City than meets the eye.

Thea proves to Malcolm that she's ready to return home by beating him in a sword fight, only to later realize that he'd meant for her to win all along. Yet when she confronts him about it, she doesn't ask any questions. That in and of itself feels like a very un-Thea-like thing. So whatever Malcolm has up his sleeve, it most likely involves his daughter's help — for better or for worse. And given how Thea barely even flinched when hot coffee was accidentally poured on her at the airport, I'd say she's someone you'd want to have on your side.