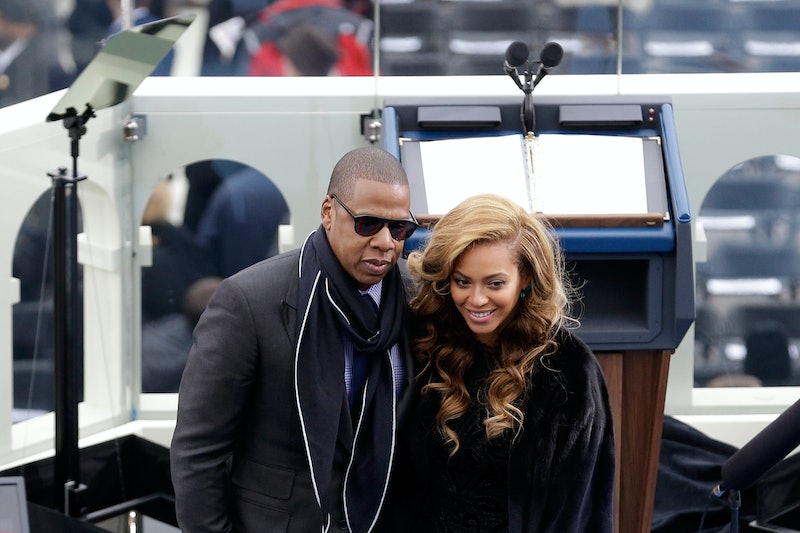 OK, can we all just cool it with the divorce rumors? I know things have appeared to be rocky for Mr. and Mrs. Beyonce Knowles, but Jay Z and Beyonce renewed their wedding vows — meaning they're probably doing just fine. Or at least they'd like the general public to think they're happily married. I see it as a giant sign to the press to stop speculating on their possible rocky marriage, and let them have a moment of private peace. This news comes according to People.com.

The site reported the news, and had a "source" (whatever that means) tell the site: "They did have major problems, but they worked it out and they've renewed their vows." Another "insider" said that the pair has been house hunting and looking at a bevy of extravagant homes. And while we can't take these unnamed sources words for fact, we can certainly look to Jay and Bey's very legal and public renewing of vows as a sign that they are whole-heartedly committed to their marriage to one another, at least for now.

All hail the king and queen — it appears their superstar reign isn't coming to an end anytime soon.