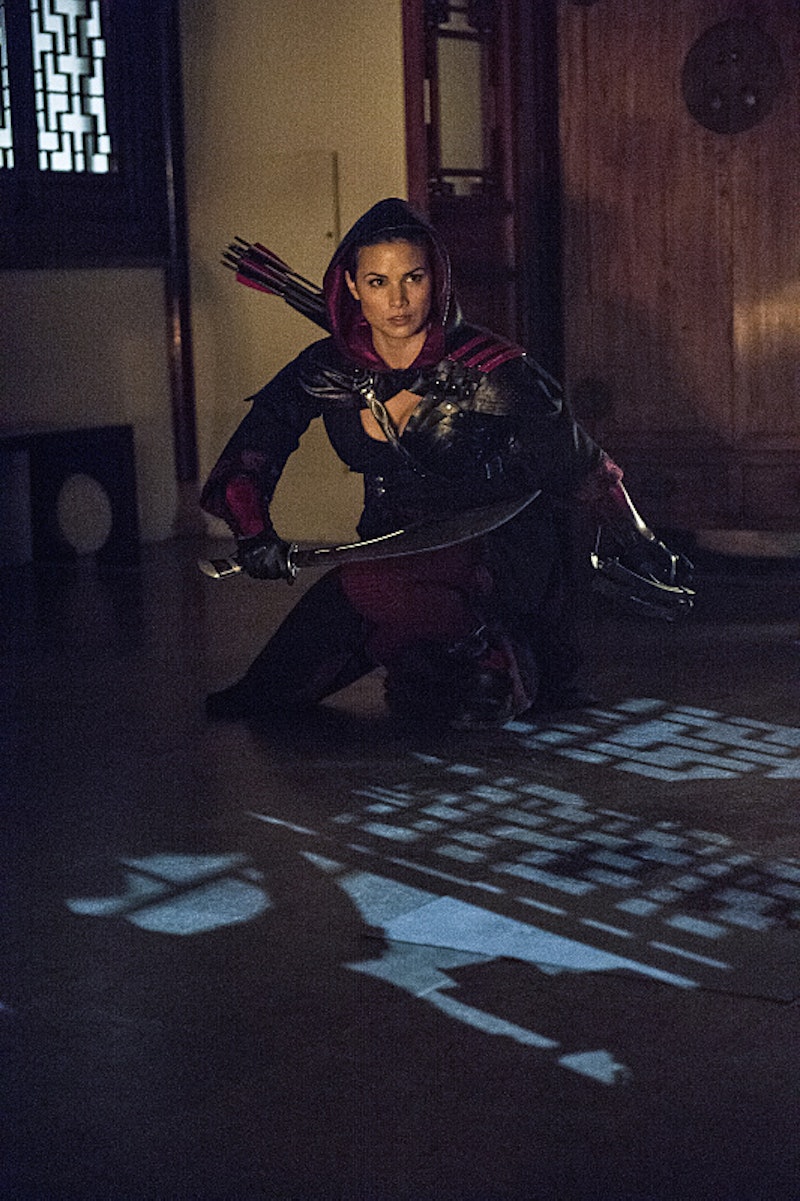 Damn you, Arrow, and your constant need to save all of the excitement until the end of the episode. Though we already knew it was coming, that didn't stop Nyssa's return to Arrow from being nothing short of jaw-dropping, especially since she had an arrow pointed at Oliver, demanding to know where Sara is. Yeah… about that. Obviously, given their romantic history, Ra's al Ghul's daughter is going to be devastated when she realizes Sara Lance was killed by an unknown assailant. But as this show has taught us on several different occasions, pain is a powerful motivator.

There's no doubt in my mind that Nyssa won't stop until she finds and kills the person responsible. (Something tells me a League of Assassins member never fails to acquire their target.) But what makes the stakes even higher in this case is the fact that the killer could be her own father. What would happen then? On the one hand, she could become so enraged that she teams up with Oliver to take Ra's al Ghul down for good. Or, she could end up covering for him, proving that blood really is thicker than water.

Either option is possible, though that's assuming Ghul is the actually culprit, which is starting to feel less and less likely. (A good rule of thumb on this show is that the more a person looks guilty, the less likely it is that they actually are.) But what intrigues me more so than anything is the fact that Nyssa knew to go looking for Sara. Were they supposed to meet up and when Sara never showed she grew worried? Was Sara supposed to check in with the League and they assumed her delay had something to do with Starling City?

Right now your guess is as good as mine, but even something as simple as what brought Nyssa here could help us figure out who the culprit is. Because if it was Ra's al Ghul, or one of his minions, know one would be able to unearth those answers better than his daughter. Let's just hope she stops pointing that arrow at Oliver long enough to get the full story.