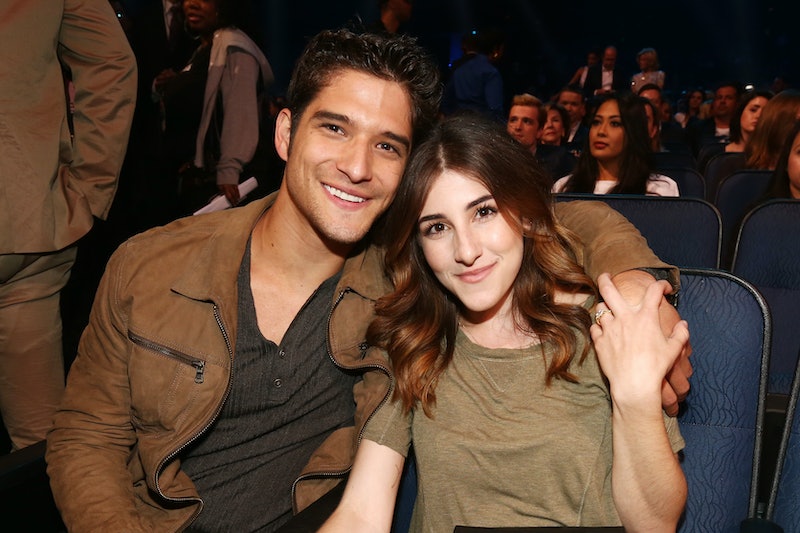 Actor Tyler Posey and his fiancé Seana Gorlick seemed like they had the perfect fairytale relationship. They'd been dating since middle school, their red carpet appearances over the last few years have been pretty much the cutest things ever, and his proposal to her on a romantic 12-day long vacation to Hawaii last year was what dreams are made of. Unfortunately, in an exclusive interview with Us Weekly, it was revealed that Tyler Posey and Seana Gorlick have split. The Teen Wolf heartthrob spoke to the magazine at an event hosted by the ASPCA to honor animal-loving actresses Kaley Cuoco-Sweeting and Nikki Reed, saying,

The 23-year-old actor further added that this was an actual split, and they weren't simply postponing their wedding. When asked if they remained friends, the actor responded, "I don't know." Yikes.

Posey had previously said that he'd been in love with Gorlick since he was only 12, but maybe his busy work schedule got to be too much for the childhood sweethearts? Between hosting this year's Teen Choice Awards and his lead role on Teen Wolf, balancing a relationship was probably tough. Hopefully these two can figure it out, because they were one of the cutest relationships in Hollywood by far. Super sad.