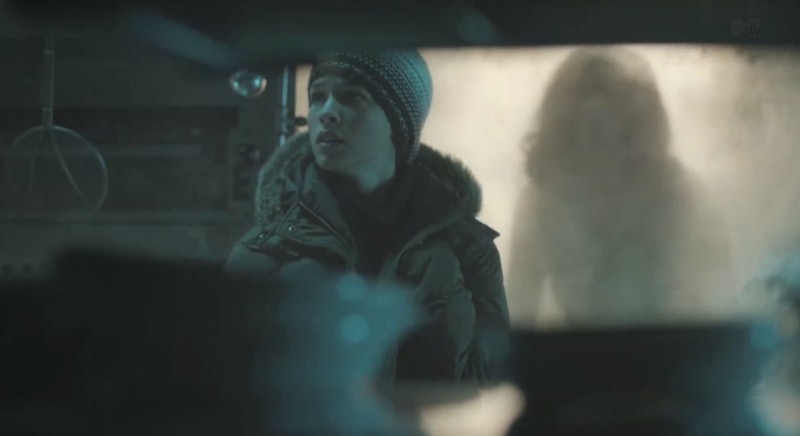 Urban legends, ghost stories, and creepy coincidences are all staples of college life, at least where I went to school. When your campus, like mine, is full of old buildings and musty libraries, it's easy to imagine ghosts or phantoms wandering the halls. Every year, the older students would lead the first years on a tour of my Smith College dorm, ending with the fourth floor which, of course, was said to be haunted. So is MTV's newest college-set TV movie, The Dorm , based on a true story of real occult happenings? Unfortunately, there's nothing in the film's promos or sneak-peaks to suggest The Dorm isn't 100 percent fiction. (That's probably because ghosts, like, don't exist.) But, there are plenty of other scary-good movies that also take place in universities, if you're trying to get your higher education horror on this Halloween.

To be honest, scary movies can sometimes freak me out a little too much. Maybe I just saw The Ring at too young an age. But, one thing I do really enjoy is Halloween. Dressing up (I'm talking Cady Heron-style), seeing whole neighborhoods break out the ghoulish lawn decorations, eating obscene amounts of candy corn. These are all things I can get into. And in honor of my dual love for film and Oct. 31, and this Sunday's premiere of The Dorm, here's a list of great horror movies set in college.

If you're looking to add some '90s nostalgia to your Halloween viewing party, Urban Legend is definitely the way to go. This 1998 B-movie stars Joshua Jackson (pre-Dawson's Creek), Jared Leto (post-My So-Called Life but pre-man bun), and Tara Reid (obviously). These three college classmates are all in an American Folklore seminar, which is basically a class on urban legends. And then... the legends start coming true. Spoooooky. If you need to brush up on some creepy classics to tell around the campfire, Urban Legend has you covered.

If you like your horror a little on the goofier side, check out Sorority Row. Even if you scare easy, former Hills star Audrina Patridge's acting will get you laughing. Like a lot of slasher flicks, Sorority Row starts off with a prank that ends up going horribly wrong. When Megan (Patridge) finds out her boyfriend cheated on her, she and the rest of her sorority devise a plan to get even: Megan pretends to die during a hookup, and then her sisters (along with the unknowing BF) transport her "body" to an abandoned quarry to dispose of the evidence. But when the boyfriend — who thinks she's really dead — accidentally kills her while trying to dismantle her corpse, Megan comes back to haunt everyone involved.

The Roommate is a good cautionary tale about how you don't need to stay friends with the people you meet your first week of school. Also, it is pretty easy to switch roommates if you really don't click. In this movie, Sara (Minka Kelly of Friday Night Lights) heads to LA to study fashion design. Her roommate Rebecca (Leighton Meister of Gossip Girl) seems to be a great fit... at first. But Rebecca becomes more and more obsessed with her new best friend, to the point of trying to look like her (super creepy). Rebecca also does a good job scaring away Sara's potential boyfriend (also possessive and super creepy). It's unclear if Rebecca is attracted to Sara or just crazy. Either way, this is a great movie to watch with your actual roommate, and laugh about how ridiculous this plot is. If you're not laughing, you might want to consider switching dorms.