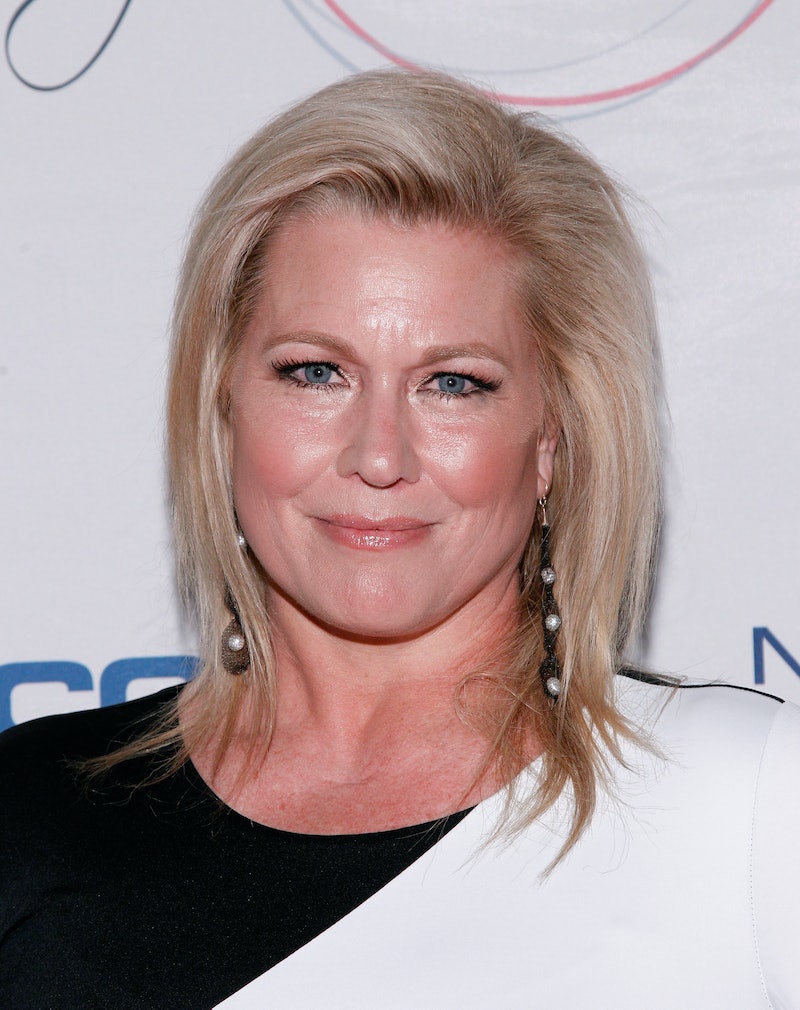 For over 20 years, Melissa Aronson (a.k.a. Emme) has been a women's advocate, a proponent of beauty and health at every size and essentially a mega babe with an awesome heart. As a '90s baby, I still remember seeing Emme in high-end magazines and on the telly, mesmerized by this fuller-figured woman with a far more voluptuous body than those I was already accustomed to seeing in my media. I was only a kid, but somehow I knew that she was important.

Often referred to as the world's very first plus-size supermodel, there's no doubt that Emme's rise to fame in the 1990s paved the way for a lot of future plus-size models. So when Emme was diagnosed with Hodgkins Disease in 2007, I feared that was the end. Her battle with cancer would lead to early retirement, no doubt. We'd have to say goodbye to the blonde bombshell that made so many of us feel just a little bit better about our fatter bodies. But, luckily, I was completely wrong. Not only is Emme back in the fashion scene, she's back and she's better than ever.

Now 51, Emme has teamed up with her alma mater Syracuse University to found "Fashion Without Limits." The design initiative will encourage students to create clothing in sizes 12 and up, and will be celebrated with an inaugural competition where junior fashion design students will craft an evening dress for Emme herself. The winner will not only receive $500 and Emme's 12+ Award; they'll also see their dress live on the red carpet. All in all, it's a pretty sweet deal, and one that will encourage the creation of more high-end and statement plus fashion.

That Emme cares deeply about eradicating the stigma surrounding being plus-size (both in and outside the fashion industry) shouldn't come as a surprise. Just this year, she teamed up with social thought leader Robin Rice in the Stop the Beauty Madness Campaign as a Front Line Voice. The campaign — which is still in action — is geared at trumping the stereotypes and stigmas surrounding weight, age, sexuality, and race. What makes Emme's involvement in campaigns such as these, or initiatives like Fashion Without Limits, so special is that she speaks, writes, and acts from firsthand experience: as a plus-size woman and a middle-aged woman.

I read an amazing piece by Stacey Rosehill for Thought Catalog recently: "Fighting the War on Aging." In it, she writes, "The 'anti-aging' movement supersedes vanity — it’s become a battle of the 'free radicals' against evil collagen depletion and growing older. Product marketing suggests that an aged face is a diseased one." Rather than celebrating the natural process of getting older (and all the things like wisdom and experience that it breeds), we fear aging almost on par with fearing fat. Like Rosehill says, though, "Aging should be embraced, not battled." It (should) be a sign of maturation — a sign of having lived and learned and loved and lost. By re-entering an industry that fights aging with everything from hemp to vitamins X, Y, and Z like it fights the cellulite on our thighs at 51 years old, and still plus-size, Emme isn't just making a statement. She's helping redefine constructs of beauty, age and womanhood that have needed some serious re-vamping for quite a long time.