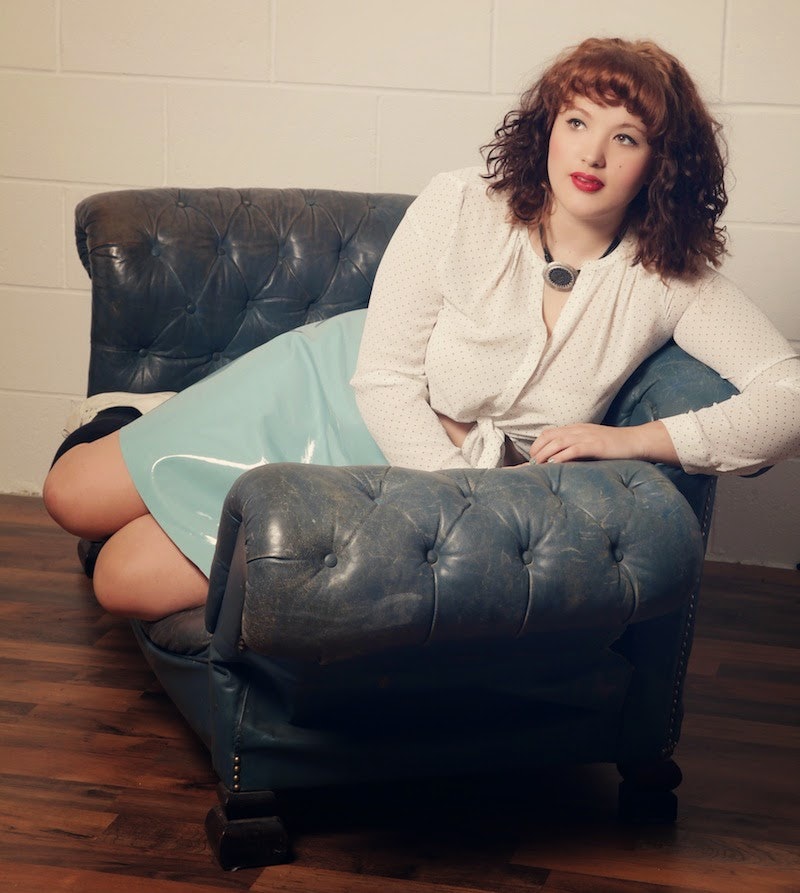 "Sticks and stones may break my bones but words will never hurt me." Most of us have heard the many variations of this stock response to verbal bullying at least once in our lifetimes. It seems to be the go-to inspirational message that parents, teachers, and otherwise caring adults turn to whenever a teary-eyed child approaches them in need of some serious pepping up. The only problem is that it isn't necessarily true. Words can hurt — and they can hurt a lot. Usually, this isn't because the word itself has some horrendous, blood-curdling definition assigned to it. Rather, it's because of the derogatory or distressing connotations that have come to be associated with it. So seems to be the case with the term "plus-size."

As someone whose entire profession (not to mention a huge portion of personal interests) relies on words, you might find it peculiar when I say that I don't believe in giving words more power than they deserve. It's the main reason I use the word "fat" as a descriptor for both my body and the bodies of those whom the word applies to. "Fat" is just flesh and it's an adequate term to describe our wobblier regions. Somewhere along the way, the word became an insult. It became associated with things like laziness, greed, and carelessness. But I firmly believe that in using the word in more positive connotations, we can take it back. The same sort of goes for "plus-size."

I can fully understand where issues with the term "plus-size" come from. It seems to imply that there's a normal or ideal size and that anything over it is an unnecessary and/or undesirable extra, for instance. Not to mention that some people feel it only adds to the idea that women need to be labeled and separated into boxes. Maybe if we really want size inclusivity to become the norm, both in fashion and in day-to-day life, then perhaps we have to do away with terms like straight-size and plus-size altogether.

I understand why people get frustrated when they see slender models being labeled plus. I understand that to some people, it makes it seem like anything that's not a size-6 or smaller is fat (and that's a bad thing, because "fat" is still considered a bad word). But I don't see it that way. "Plus-size" is a term I use day-to-day for several reasons, and amongst them are these:

I know that "plus-size" models are usually tall and lean. But I see these women as better representatives of the "average" woman (if there is such a thing). I see them as paving the way so that maybe, someday, we can see women who are over a size-16 in all of our magazines or on our favorite e-retail sites. Maybe they're not exactly fat, but why does that matter? For most of the 20th century, the thought that we would ever see a woman over a size 4 on the cover of Vogue seemed impossible. But in 2011, we saw Candice Huffine, Tara Lynn, and Robyn Lawley grace the cover of Vogue Italia . Plus-size models have worked pretty damn hard to get to where they are today and it seems unfair to belittle their efforts and chastise them for not being big enough.

For now, we need differentiation

I work for a specific niche and I don’t get what’s wrong about that. I don’t get why people in the industry seem to be so offended about it or so desperate to be included in the just 'model' bag. Yes, I am a model. That’s how I pay my bills. But, I model clothes for women who have a hard time finding clothes in the average shop, and they usually go to the plus-size section or label.

The thing is, we don't yet live in that no-label world. We haven't gotten to a point when we can do away with all the designators and just embrace women as women or models as models. Until then, "plus-size" is a pretty good differentiator. As a blogger, I know that using the term "plus-size" to describe myself and the fashion I'll be showcasing makes it so readers know what they're about to get. Finding anything over a size 2 is still difficult in 9 out of 10 shops, but it's made easier when you have models, bloggers, and fashionistas online who understand the struggle and can offer awesome suggestions. I found Gabi Gregg by searching the term "plus-size" and had I not, I may never have started blogging myself.

It's a more accurate term than "curvy"

Although I realize that larger women are can sometimes be curvier than their straight-size counterparts, the term "curvy" just isn't indicative of a certain size. All women have curves, no matter how skinny they are, no matter how fat they are. Marilyn Monroe was the quintessential example. In no universe would she classify as "fat," but she sure had curves. Because "curvy" is a shape; it isn't a size. By using "curvy" as a word that represents plus-size women, we then insult thin women. And that's definitely not the route to more size inclusivity.

It's not offensive to straight-size women

Speaking of insulting thinner women, the sad truth is that a corner of plus or fat acceptance has been coated by phrases like, "Real women have curves," or hideous, snarky commentary such as, "Bones are for the dogs. Meat is for the man." "Plus-size" is an extremely neutral term. It doesn't have these body shaming undertones, nor can it possibly be misconstrued as derogatory toward women of a smaller size. I suppose maybe thinner women could argue that "plus" implies something more (i.e. something grander or more exceptional than "straight-size") but this isn't an objection I have ever come across, nor do I think I will.

In some parts of the world, we know that there are more people who class as overweight than there are not. It's the whole reason "Fitnessgrams" have become a thing in schools. But that doesn't mean that being fat equates to being accepted. Some people have this misconception that because there are more fat people, there must also be more acceptance (these people don't seem to recall tragedies like 12-year-old Rebecca Ann Sedwick's suicide last year after being severely bullied and tormented for being fat — which, for the record, she was not). Using the term "plus-size" helps people out there know they aren't alone. If they don't like using the word fat — if it still hurts them — they can turn to this term, instead, and maybe feel like less of an "other."