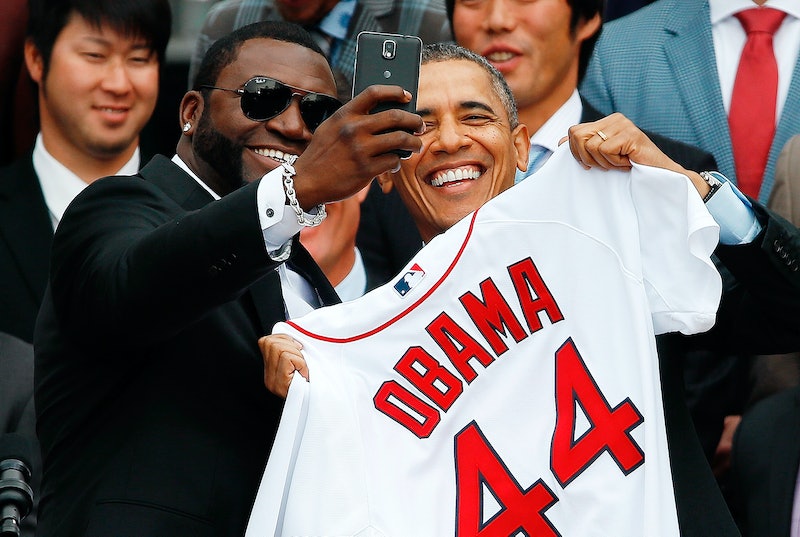 2013's word of the year was "selfie". However it's clear the aftereffects of 2013's most popular word have permeated the boundary of 2014, and from the looks of it, will continue to hold verbal power well into the New Year. According to the Oxford dictionary, the definition of a seflie, is: "a photograph that one has taken of oneself, typically one taken with a smartphone or webcam and shared via social media."

But Urban Dictionary, the word-finding source that isn't kosher in Scrabble but might work amongst your friends, has a different, perhaps more accurate take: "A picture taken of yourself that is planned to be uploaded to Facebook, Myspace or any other sort of social networking website. You can usually see the person's arm holding out the camera in which case you can clearly tell that this person does not have any friends to take pictures of them so they resort to Myspace to find internet friends and post pictures of themselves, taken by themselves. A selfie is usually accompanied by a kissy face or the individual looking in a direction that is not towards the camera." Ouch.

While the unconventional definition may seem harsh, it's hard to deny that certain elements — like an arm holding the camera, or a "kissy" face, are often part of the selfie equation. So here at Bustle, we took our own stab at it. Here's another version of The Bustle Pie, informing us of what compromises the average selfie.