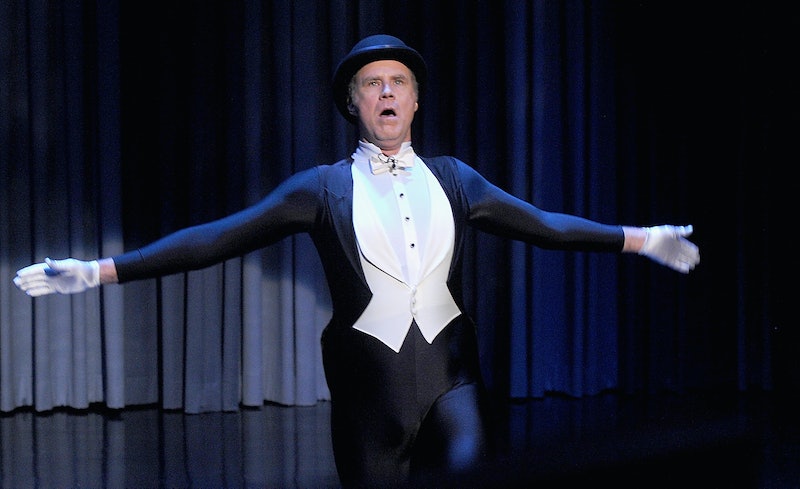 Back in May it was announced that comedy vets Will Ferrell, Adam McKay, and Chris Hechy would all be expanding their Gary Sanchez Productions into Gloria Sanchez Productions, an arm focused on bringing more female-oriented film and television into the world. The next project under Gloria's wing would be the movie Plus One , written by April Prosser and recently snatched up by the illustrious Weinstein Co.

According to the LA Times, Prosser's Plus One follows "Rachel, a woman who comes out of a long-term relationship only to realize all her friends have married and she has no single gals left to be her wingwoman — except for one loud, oversharing wild card named Summer."

For better or for worse, Ferrel & Co.'s production choices also led to Bad Judge, so we'll see how this one goes. I'm always for more female-centric stories out there, and this one sounds like it could have a Barney Stinson-Ted Mosby flavor. Let's just hope they follow Alyssa Rosenberg's advice on the matter:

Remember That Any Story About A Woman Doing Something Is A Story About Women: An easy mistake to make is to assume that increasing the number of stories about women necessarily means making those stories about domestic life. But that’s not actually the case. Exploring romantic disappointment, anxiety about marital expectations, and the fraying of friendships in your late twenties and early thirties are all interesting and important things to do, and the precision with which it addressed those emotions is a great deal of what made Bridesmaids great. But foregrounding a wedding or a romantic relationship isn’t the only way to get at these questions. The Heat is an inferior movie toBridesmaids, but one thing it does well is to use the characters’ experiences with work to get at their relationships with their families and their romantic lives. Gravity might have benefitted from a tighter, less sentimental screenplay, but it’s a valuable illustration that you can tell stories about work, loneliness, and science all at once. And sometimes movies and television shows with female lead characters don’t have to be about their domestic lives at all! Ellen Ripley may have worried about Newt and her cat in the Alien franchise, but sometimes, a gal has other things on her mind than romance.

That's advice that any production company with a female bent could stand to take. Why do you think I'm so damned excited about Ghostbusters?