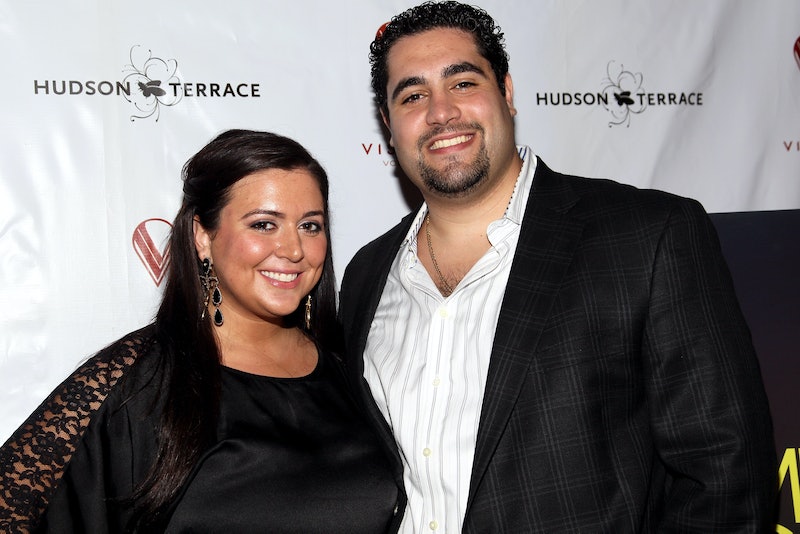 In case you've been living under a Little Town NJ beer truck for the past year or so, you may not know that Lauren Manzo is engaged to her longtime boyfriend Vito Scalia. We saw Lauren and Vito's relationship blossom and get ever so serious throughout many seasons on The Real Housewives of New Jersey, and now we get to see their wedding preparations every week on the RHONJ spinoff Manzo'd with Children . Ah, to be young, in love, and on a reality show.

After a prank engagement in 2012 (for whatever reason is beyond me), Vito got down on one knee for real on Nov. 12, 2013 and proposed to Lauren with a big old diamond rock. Of course, she said yes, and now the two are in the midst of planning their summer 2015 wedding.

But what do we really know about Vito? He's gotten this far with Lauren, so he must be Mama Manzo-approved. However, other than being a loving partner for Lauren and not having any of his wedding suggestions taken into account, we really don't know much about the guy. If he's going to become a part of the Manzo family, that certainly needs to change. Here's everything you need to know about my favorite Manzo beau.

He was friends with Lauren's brothers first

Apparently, Lauren and her brothers Albie and Chris are drawn to the same people. "I'm so excited to spend the rest of my life with my best friend. Well he was my brothers' best friend first, but I stole him," Lauren told Us Weekly after she got engaged to Vito in 2013. That's cute, I guess?

He went to Fordham University

Vito and Albie attended Fordham University in New York, which is where Vito also met Lauren for the first time. That's why the couple is going to be married at Fordham Church. There is also a Vito Scalia listed on Fordham's track and field team. That is probably the same Vito we're talking about here, although there's no way to identify him. We do know our Vito loves sports.

He works in the family business

Vito's father is co-owner of the Italian food specialty store The Best of Little Italy located in Monroe, N.Y. Last we heard, Vito works at the shop, which we've seen on RHONJ. His Twitter profile describes him as a "Deli clerk, sausage maker and [sic] mozzerella man." Vito's family also recently opened the restaurant and bar Scalia & Co. right where their store is located.

He's a kid at heart

Vito has posted on social media about loving kids' movies like Frozen and Despicable Me. Clearly, Lauren is the mature one in the relationship — at least when it comes to movies.

Considering all the legal issues the RHONJ crew has had recently, this is probably for the best.