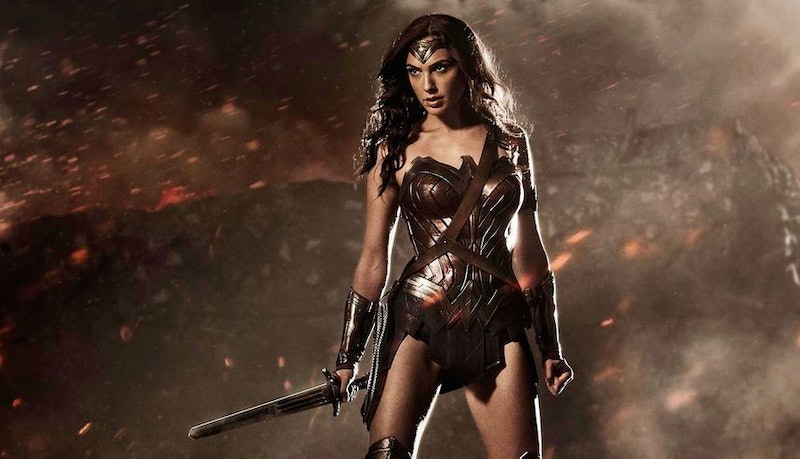 Apparently, there is no point for the rest of this year at which I will find occasion to stop singing DC's praises. Just when we thought that no one was going to top Marvel in the superhero film game, DC announced their line-up of upcoming movies and not only did it include a female superhero-led movie in Wonder Woman, but it also included a film starring a black actor and another film starring a queer actor. Representation: DC is doing it right and all your other faves are doing it wrong. However, it appears that DC wasn't just going to stop there in making my heart sing with joy. Allegedly, DC is looking for a female director for Wonder Woman, giving women the spotlight on and off the screen.

Sure, you can argue that the only two superhero films directed by women before the upcoming Wonder Woman movie weren't exactly blockbusters on par with the films that Marvel and DC are putting out lately with male directors, but that's not really the fault of the women. When you only have two women directing out of hundreds of movies, the problem is with representation and actually giving them a chance to succeed than with the directors themselves. And, let's be real, Wonder Woman is a more visible and well-known figure than Tank Girl or the Punisher. Female directors are so few and far between that even Twilight's Stephenie Meyer is hosting a competition for female filmmakers to try and combat the low number of women behind the camera.

At this point, the closest that Marvel has gotten to having a female director were the initial reports of Patty Jenkins being attached to direct Thor: The Dark World before the project instead passed to Alan Taylor. With this search for a female director to do Wonder Woman the proper and hopefully feminist justice that she deserves in her own film, DC is winning once again. Sorry, but no amount of explosions and awesome storylines is going to distract me from Marvel's continued hesitance to diversify their films.