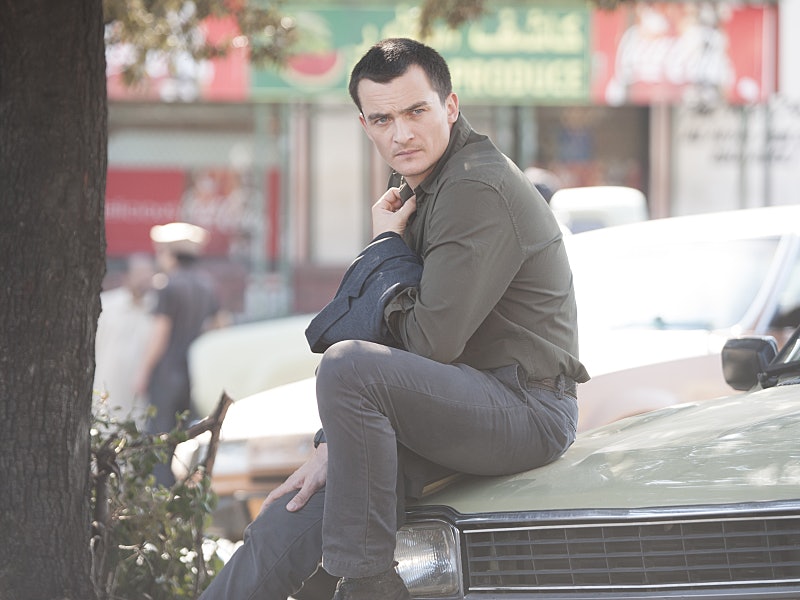 Even as Carrie is becoming harder and harder to like on Homeland this season, her partner (and potential love interest) Quinn is quickly becoming one of my favorite people on the show. He often brings some lightness into what can be a very heavy hour of TV each week, and his fling with his landlady made for an extremely interesting, though brief, storyline. But knowing this show, nothing is certain and no character is safe. This season is a complete reboot, and there's no telling how long anyone is sticking around. So of course, I have to wonder: will Quinn die in Season 4 of Homeland?

It's a real possibility. As much as I would hate to see our beloved contract killer bite the dust, it would also make for an amazing twist. It's either that, or he and his boss finally make it official (which I would much prefer over his death). Quinn is a bit of a lost soul at this point. Yes, he's back in the CIA and helping Carrie track down terrorists like the good ol' days. But he's still haunted by his memories of killing that young boy last season. He's a different person, one who's not fully committed to his mission in Pakistan or to building a new life back home. And that doubt could end up being his demise. So, how could Quinn die this season? Let's explore the heartbreaking possibilities.

Carrie Takes Him Out

Carrie has always been complex, and having a high "likability" factor has never been what her character or this show is about. Carrie's arc this season is pushing her further and further down a rabbit of selfish, morally unsettling behavior: blackmailing the head of the CIA, considering killing her own infant, having obviously manipulative sex with a young source. It seems, after Brody's death, she has grown more ruthless than ever.

Quinn, on the other hand, has been struggling with the moral implications of his work as a black ops killer, and he's been trying to get out of that life — until Carrie pulls him back in. Carrie and Quinn have a whole lot of obvious sexual tension going on, which I hope gets addressed soon. But there's another, more menacing side to their relationship as well. In the above preview for "About a Boy," it looks like Quinn confronts Carrie over her treatment of Aayan. And she is not hearing it. So the question becomes, would Carrie ever put a mission over Quinn? Almost definitely. If he gets in her way, he'd better watch his back.

The CIA Needs Him Gone

Remember all those psychological evaluations Quinn had to go through when he was trying to leave the Company? Well, what exactly would happen if he failed them? I can't imagine anything good. For now, Quinn's back in the fold so everything's peachy. But what about when Quinn starts questioning Carrie's leadership, or refuses to take out a target, or even tries to warn Aayan about Carrie's real intentions? At that point, he becomes a liability, not an asset. Maybe Carrie won't pull the trigger (or even know it's coming), but I wouldn't put it past CIA head Lockhart or Dar Adal.

As of last week, we know Haissam Haqqani is still alive. And pretty soon, Haqqani is gonna figure out the CIA has his nephew Aayan. And then it will only be a matter of time before Quinn, Carrie, Haqqani, and Aayan square off. My bet is they don't all come out of that one alive.