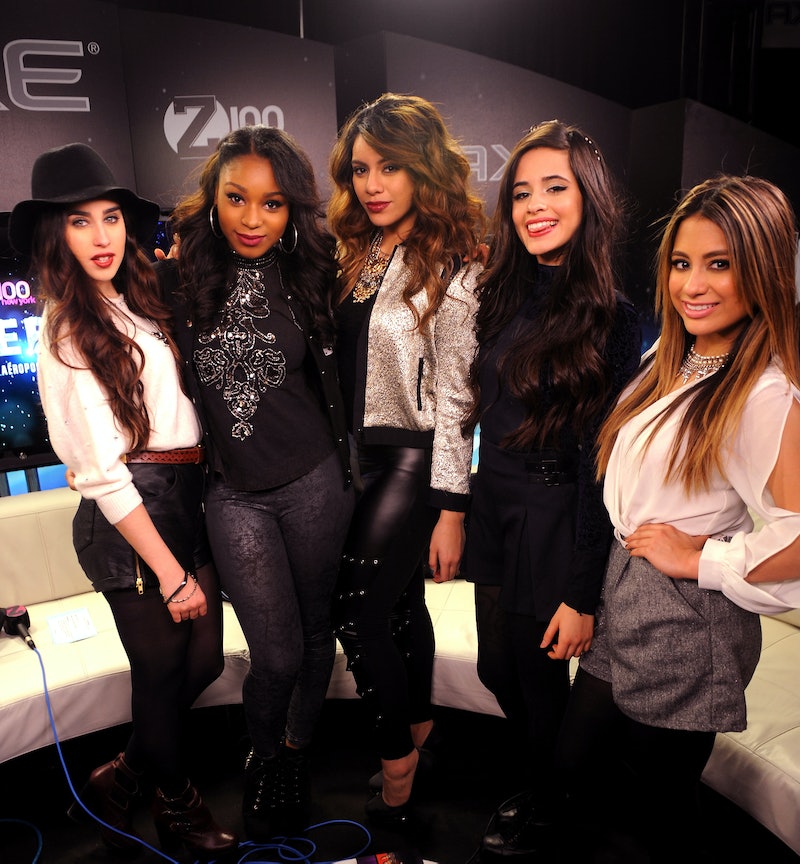 Calling all Harmonizers! Fifth Harmony's new single, "Sledgehammer," is here, and it's a delightful slice of '80s-tinged pop with an absolutely massive hook that's guaranteed get stuck in your head for days and days... and days. (Admittedly, I was a little bummed to discover that it's not a cover of Peter Gabriel's 1986 hit of the same name, but I got over it pretty quickly.) 5H revealed on Thursday night during a special live stream event that "Sledgehammer" is the official second single from their debut album, Reflection , which is due out in December. (I guess they won't be going head-to-head with One Direction's new album, after all!) At times, it seems like the group is still trying to nail down their signature sound, but if you ask me, it's clear that power pop anthems like "Sledgehammer" (and 2013's "Miss Movin' On," for example) are where they truly shine.

I never really fully "warmed up" to "BO$$," the lead single from 5H's debut album that was released back in July, but with "Sledgehammer," it was love at first listen. On the chorus, over a steady kick and pulsating synths, the group sings:

If you could feel my heartbeat now

You're takin' over the beat of my body

You're takin' over the beat of my body

On the middle eight, the tempo slows to a crawl and things get... surprisingly steamy:

The truth is out, no stopping now

I've had enough, undress my love

These talented young women are still on the hunt for their first big radio hit — could "Sledgehammer" be the song that finally allows them to break through? I hope so!

The digital release date for "Sledgehammer" is not yet known, but you can pre-order Reflection on iTunes now ("Expected Release" still says Nov. 17, but 5H confirmed on their official website that the album is now slated for December).