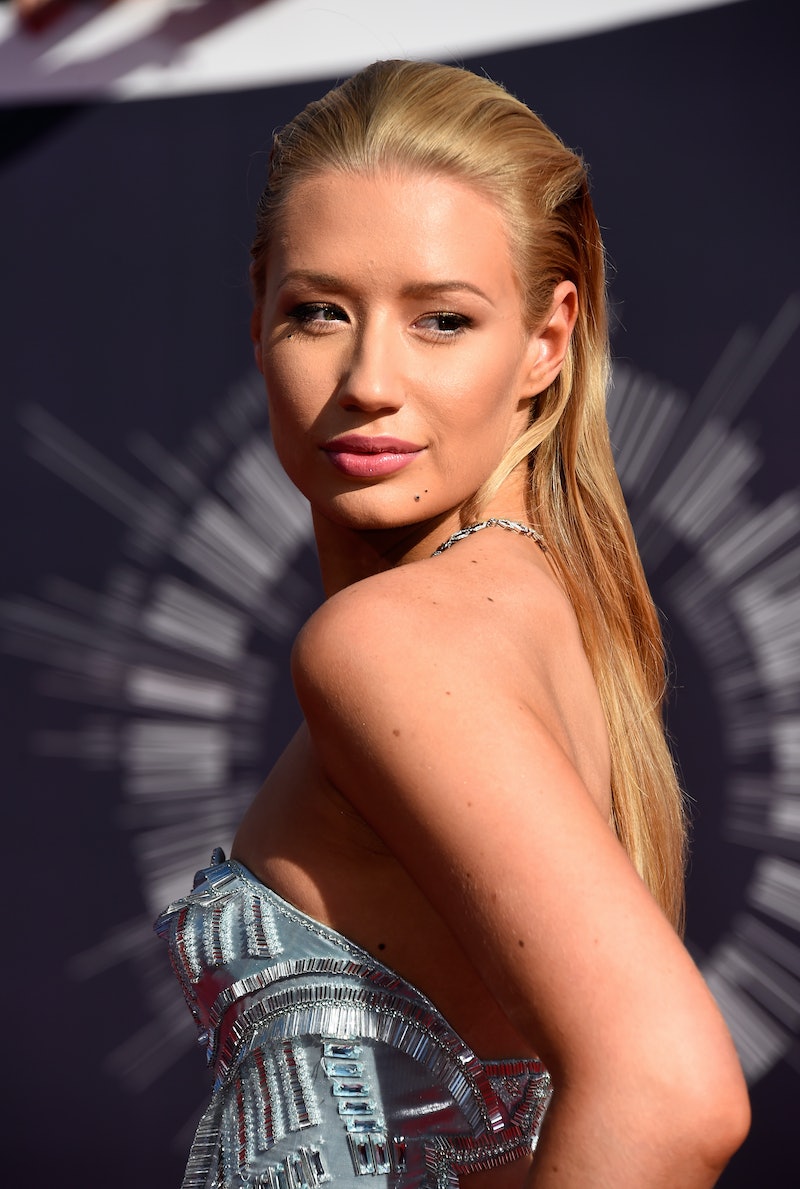 Way back in 2004, Gwen Stefani was the queen of speak-n-spell lyrics. Her sh*t was bananas, “B-A-N-A-N-A-S.” Ten years later, there’s a new star at the throne, and that’s I-G-G-Y Azalea. The hip-hop dynamite exploded in 2014 and she’s reissuing her debut album on November 24 as The New Classic: Reclassified. The first new track, “Beg For It,” featuring MØ was just released and the sound is more than a little familiar. Not only is it structurally quite similar to her smash “Fancy,” she again will remind you who she is... letter by letter.The subject of “Beg For It,” is Azalea — her wealth, fame, her sexy bod, and all the ways “you” (the fella I would imagine who is eyeing her up in a club or wherever it is she hangs) cannot have her. On one hand, she’s establishing her dominance in a very male-dominated culture and turning the tables on the male gaze. On the other hand, “I’mma make you beg for it” isn’t exactly the most empowering statement out there. But it’s a statement, no less.Overall, “Beg For It” feels a little lazy. However, since Azalea is reissuing her old album, I shouldn’t have expected anything terribly new. I also have a feeling more than a few hip-hop fans are going to take issue with the lyric, “And Iggy, Iggy, Iggy can’t you see that everybody wanna put a hands on me/ See I be on this money while your man on me/ And I need another hand with all this Benz on me,” since it derives from The Notorious B.I.G.’s “Hypnotize” with the lyric, “Biggie, Biggie, Biggie can’t you see, sometimes your words just hypnotize me.” Again, I can’t tell if it’s Azalea being unoriginal or if it’s Azalea asserting herself in a place of dominance. If the song were a little more challenging, I’d like to think it’s the latter. It recycles the tropes of money, fame, and sex all in the name of hip-hop, which could have been subversive, were the song not so recycled itself.