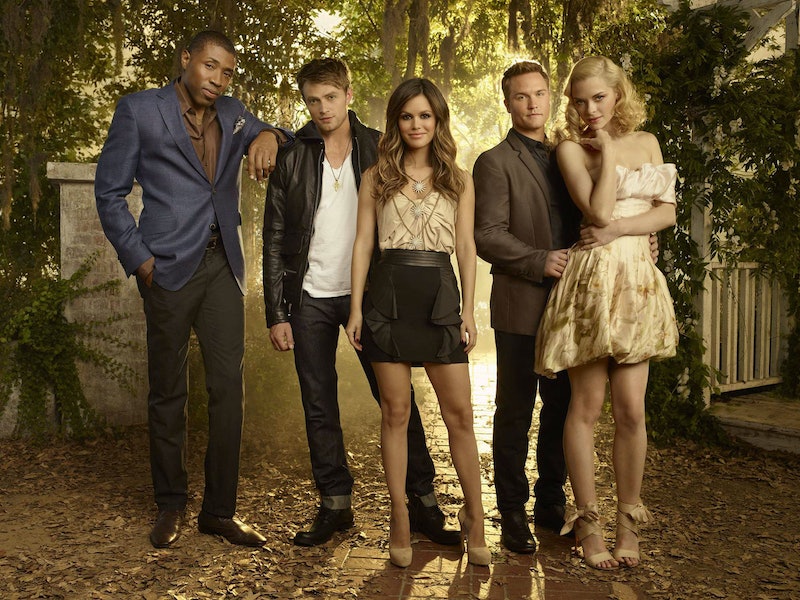 I know what you're thinking — no season could be a great final season for Hart of Dixie because you just can't imagine a life without Bluebell. Trust me, I feel your pain. Bethel told Yahoo, "If, in fact, this is the final season of Hart of Dixie, the show is left in a really good place... It's really satisfying and I think that's part of the reason the cast were feeling like this could be the end," referencing the series of sad tweets and Instagram photos Porter and Bethel posted when Season 4 shooting wrapped. But, let me repeat again — HART OF DIXIE ISN'T CANCELLED. Even if, as Bethel also revealed, it seemed that way "storywise."

So, what does that mean for fans? Well, possibly to prepare for the worst, unless we can rally around Porter, who's placed Dixie's fate in our hands, telling Yahoo, "we really need the support of the fans" to get renewed. But in the case that Dixie doesn't make it, Season 4 MUST include these 5 things to be as satisfactory as Porter and Bethel seem to believe.

This is any Hart of Dixie fan's top priority — Zoe and Wade getting together, getting closure, or riding off into the sunset. Whether they end up together or not, Season 3 ended with Zoe professing her love for Wade and Season 4's going to have to follow up on that with a reunion of some sort. Even if it just provides closure for the pair so they can move on.

A Happy Ending For Lemon

Now, I don't necessarily mean that Dixie should have Lemon end up with a man. But I do think the series should let Lemon bow out as the strong, independent, and successful woman she deserves to be. Hart of Dixie introduced Lemon as someone who was totally codependent on her relationship with George and she's gone through a major transformation since then. Season 4 should give her the choice to be with a man, but she should also get to have the career, too.

The CW revealed that Bilson's pregnancy would factor into Season 4 and, no, not just because the season was cut to 10 episodes to accommodate her due date. If Dixie is going to have Zoe get pregnant, they're going to have to do in it a way that's fitting for Zoe and absolutely shouldn't make it the result of a random one-night-stand or have it be surrounded by a paternity question. Especially when we factor in the fact that Zoe vowed to do everything she could to get Wade back.

Lavon Will Finally Grow Up

I love Lavon as a character, I think he's great and pretty decent guy when he's not hooking up with his BFF's fiancée. (OK, that was a long time ago and George and Lemon broke up, but still.) But my one problem with the Mayor of Bluebell is that he really hasn't changed or grown at all. He's essentially just a man-child that's liked enough by Bluebell's residents to run the town. Lavon lost Annabeth because he was too immature to realize that he had a good thing going for him. If Season 4 is Dixie's final season, Lavon has to grow the hell up — he doesn't necessarily have to walk down the aisle with Annabeth, but he at least needs to stop being so childish about their relationship and break-up. Let him leave on a high note, The CW.

A Fitting Farewell For Wade Kinsella

Look, it seems inevitable that Wilson Bethel won't return for Dixie Season 5 if the series does get renewed in 2015. The actor landed a recurring role on the new ABC series Astronaut Wives Club and he's set to appear in eight of the series' first 10-episodes. Sure, it's entirely possible that Astronaut Wives Club might fail or that Dixie will get picked up and Bethel will return. But, in the case that he won't, Wade Kinsella will absolutely need a fitting farewell. Or, at the very least, one last shirtless scene because Dixie can't let Bethel go without having him flaunt his assets one last time.