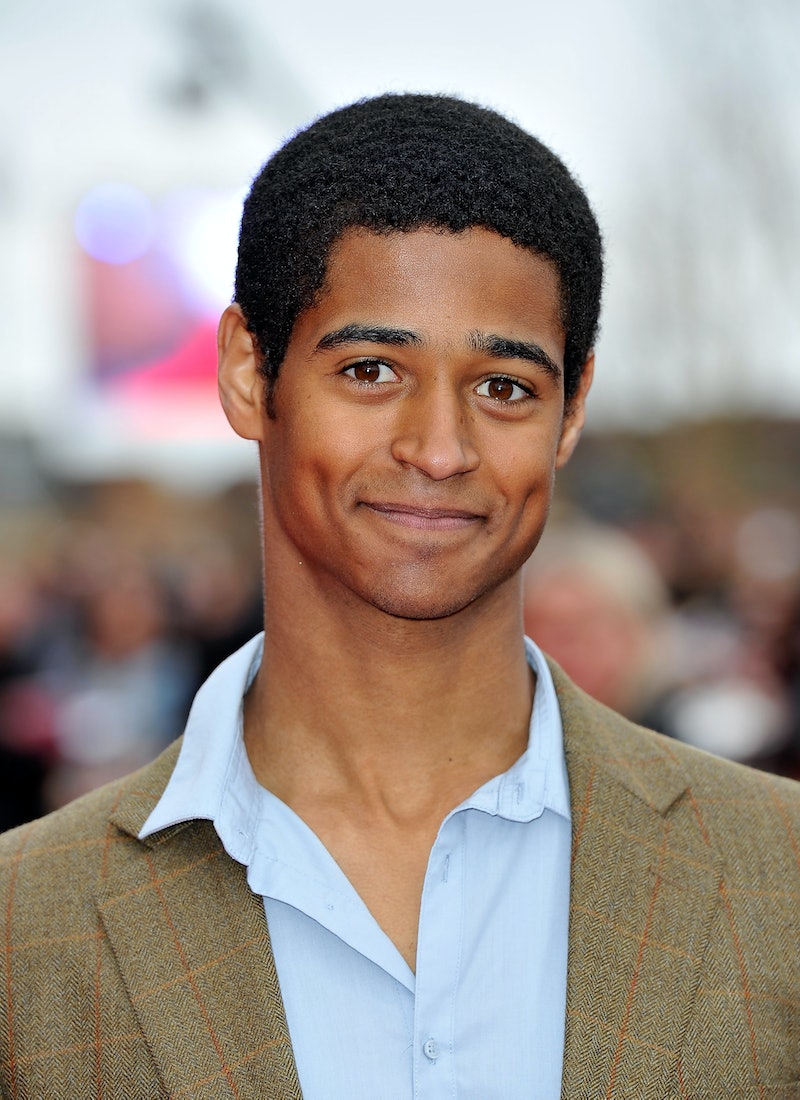 Look at Alfred Enoch's face. Just look at its cuteness. Even if How To Get Away With Murder wasn't the latest hit in Shondaland which will probably run for at least four seasons, we would be paying attention just to see Enoch's adorable face. And it really is adorable. And, not only that, we now know that he tells equally adorable stories about his days on the Harry Potter set, which is something we all need more of in our lives. In an interview with Jimmy Kimmel, Alfred Enoch tells the story of streaking through the Ministry of Magic as a good-bye to Harry Potter, and if you've seen a more adorable telling of a streaking story, I challenge you to a duel. Did I mention he was adorable?

In his endearing British accent, the actor recounts the time when he planned to leave the HP set with his wand. It turns out the props department was super strict about wand collecting, and after 10 years of handing his wand back in after every take, Enoch accidentally left the set with his wand firmly in the props department's clutches. Well, what's a young wizard to do then?! The obvious next step is to streak through one of the Leavesden Studio sets, because who wouldn't want to run around naked in the Ministry of Magic if they had the chance?

I don't want to give too much more away about the streaking story, because it's so nice to listen to the 25-year-old telling it. And another thing, let's all promise to keep giving Alfred Enoch roles in American television shows because I think I need more of this guy. He was quickly killed off when he was in Sherlock, and who knows about his fate in HTGAWM . I'm just saying, I think we need to band together on this one as a country and make sure that he continues to work in Hollywood because I need more Enoch and I'm not afraid to admit it. And I am always down for more Harry Potter stories.

Just one word of caution: If you ever find yourself at the Harry Potter studio tour, don't try to streak there. I visited in 2012 and let me tell you, streaking could be tempting. I saw a look of streaking-longing in the eyes of some attendees, but you must resist. You will probably be arrested and your story won't be as cute as Enoch's. Just don't try it, muggles.