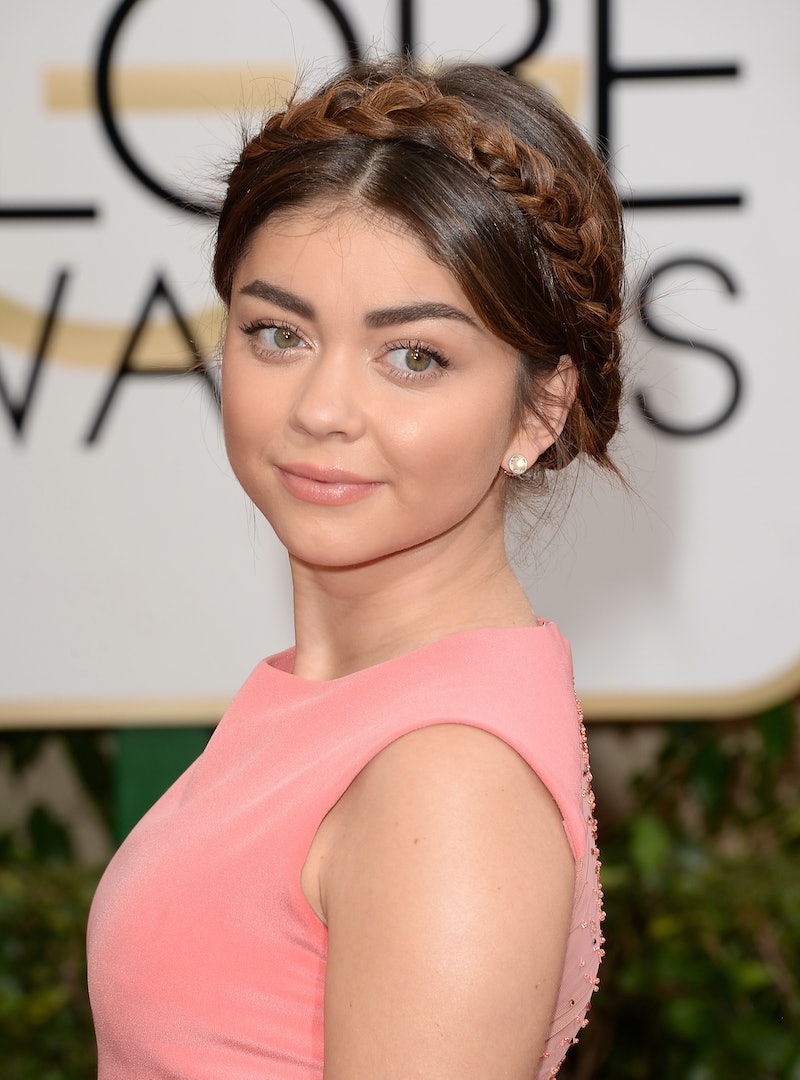 After a long, complicated, and allegedly abusive relationship with her now ex-boyfriend Matt Prokop — as well as the restraining order against him that followed — Modern Family’s Sarah Hyland has inspirationally managed to remain empowered and strong despite everything she’s been through. The actress has not only put on such a brave face before her loved ones and fans, but she has acted as an inspiration to us all with the way she’s been handling her personal life following those emotional events. The star didn’t just acknowledge the problem at hand, taking the steps to break up with Prokop, but Sarah Hyland also opened up about facing adversity recently, noting that she’s only grown from her obstacles and experiences in life.

Hyland appeared on The Meredith Vieira Show — Vieira too went through an abusive relationship — where she showed off great maturity and poise when asked about how she rose above the difficult situations in her life. Her answer was beyond perfect.

“There are two quotes that I want to stay,” Hyland said. “One is a Dylan Thomas poem, ‘Do not go gentle into that good night. Rage, rage against the dying of the light,’ which is one of my favorite poems. It just strikes a chord in me, and also Robert Frost, ‘The only way out is through.’ People have to go through things in order to become the person that they are today and that’s that.”

If that doesn’t say something about her strength, then I don’t know what does. I’m seriously in awe of her and am extremely happy to know that she’s been able to move forward on such a positive note.

Not only do I know that Hyland is going to continue to kick ass in the future, but I hope she realizes how much her words have likely impacted and hopefully inspired other women around her who have been or still are in abusive relationships. Go, girl!