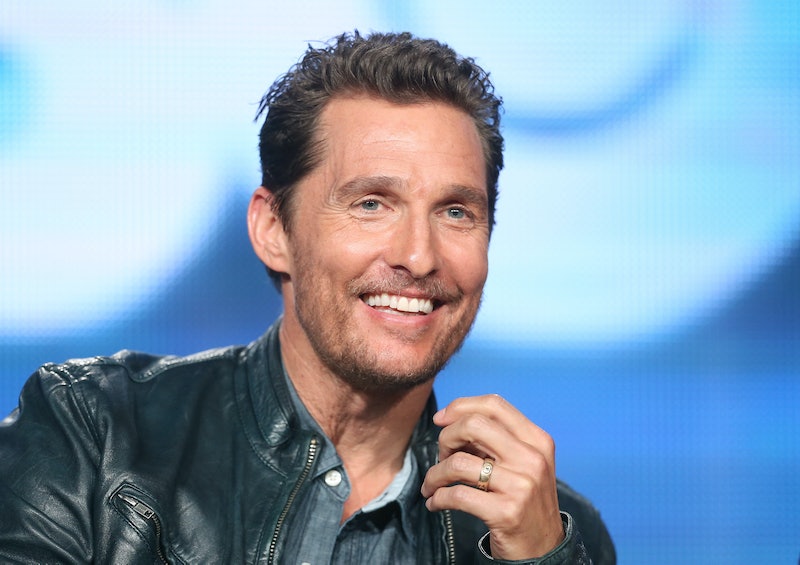 Can we talk about how spot on the Jim Carrey SNL parody of the Matthew McConaughey commercial was? We've all seen them, we all love them, we've all wanted to parody them ourselves like Brody Jenner's parody of the commercial. So, it was only a matter of time until SNL took on the commercial, and of course once they did, they turned it into a running joke throughout the entire show, which made it even funnier.

The commercials were pretty spot on. Carrey, as McConaughey, says that sometimes you just need to take a big step back to see where you're going — like from winning an Oscar to doing a car commercial step back. Carrey had the suit, the pondering metaphorical questions, the music that you notice — but it isn't too distracting — and he even had the hand thing down (which was later said to be rolling a booger...).

And then it was over, and I got sad.

But then, the next commercial break happened, and to my surprise, McConaughey — oops, Carrey — was back. This time with two cute kids in the back seat — two kids that he didn't know who they belonged to. The best line was from one of the kids who says, "You're going five miles per hour," and Carrey says (the hand thing hasn't stopped, BTW), "Not bad for a Lincoln," in a voice that was so smooth, I almost didn't hear it because it blended in with outside noise.

The Lincoln commercials featuring McConaughey are so bizarre. When I saw them for the first time, I thought they were a really good commercial for a new McConaughey movie — that I vocally announced I would see in theaters. The joke was on me then, but now that those commercials are everywhere, I wouldn't put it past McConaughey — or at least SNL — to make a movie based on the commercials. Maybe team up with Kickstarter... I would donate.