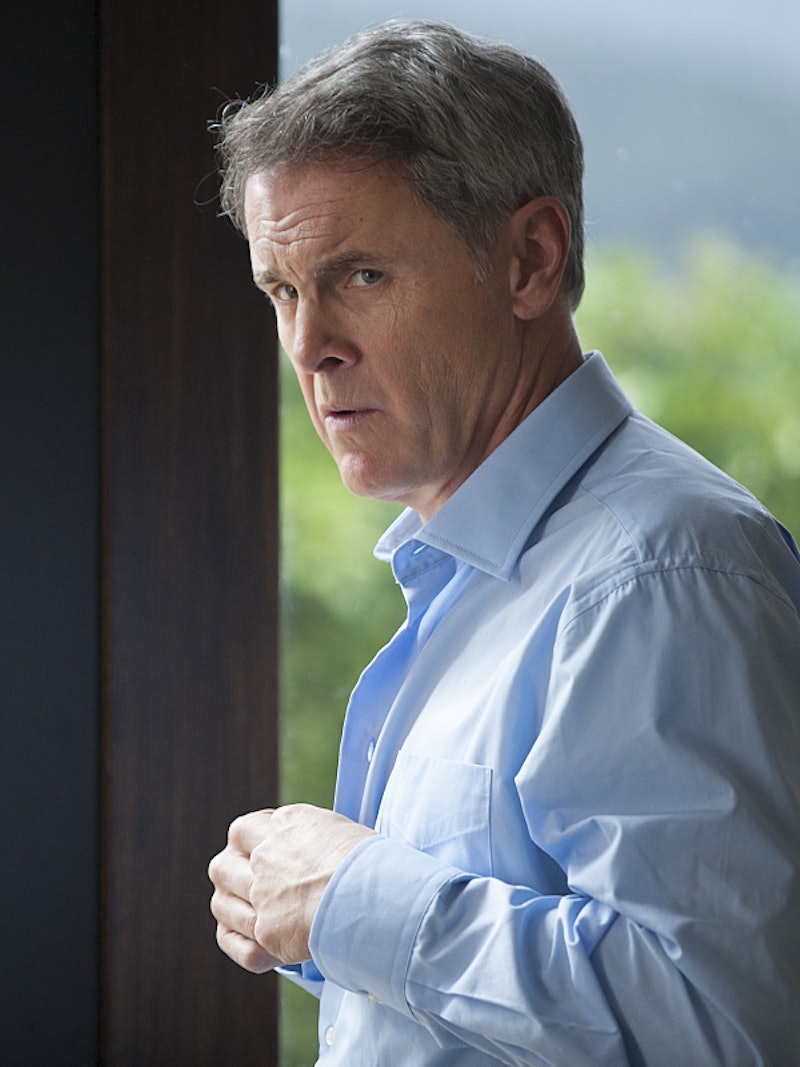 Based on what we know of him so far, Homeland newbie Dennis Boyd looks to be a patsy who might just get Carrie Mathison into deep, deep trouble. In all honesty, Martha Boyd may just have the marital woes to end all marital woes: Her husband is grossly abusing her status as ambassador, and might just get everyone (could literally be everyone — we don't know what the ISI's plan is yet, but it can't be good, especially in light of what happened to Saul Berenson) killed.

Yeah, Boyd is bad news — we got our first glimpse of him in last week's episode, where we saw him get recruited by the ISI (well, it wasn't quite a recruitment — basically, they just threatened to kill him if he didn't get him the intel they asked for), and Sunday's episode saw that relationship come to fruition. He snuck into Carrie's apartment with a stolen key and an iPhone used both as a camera and flashlight (a nice quirk for a show that's usually all about high-tech surveillance equipment and gadgets). He managed to get a few pics of the prescription bottles in her bathroom, and that can't be a good thing — I don't know what Carrie's taking these days (aside from the oft-mentioned Ambien), but I'm sure it's not great for the ISI to have that kind of information to hold against her... and we have Boyd to thank for it.

Sure, he's conflicted about it all — but he comes off so self-serving and spineless that it's hard to feel any pity for him. When he almost spilled the beans to Redmond, I couldn't believe it: Sure, he was drunk, but how could he make a move that stupid? As if to prove that the walls have eyes, ISI operative Tasleem Qureshi appeared almost out of nowhere as an implied threat before he could say anything ISI-related (he sure clammed up fast).

Dumb as that move may have been, it might just end up being his saving grace — because while Boyd's not the brightest bulb in the basket, Redmond is. He saw the way Boyd was almost reduced to tears at the sight of Qureshi, and that hint together with whatever he might know about Sandy Bachman's shady dealings with the ISI might be enough to point him in the right direction.

Will he be able to stop Boyd before it's too late, though? Does he even want to stop Boyd? Ah, who am I kidding? This is Homeland we're talking about: Probably not.