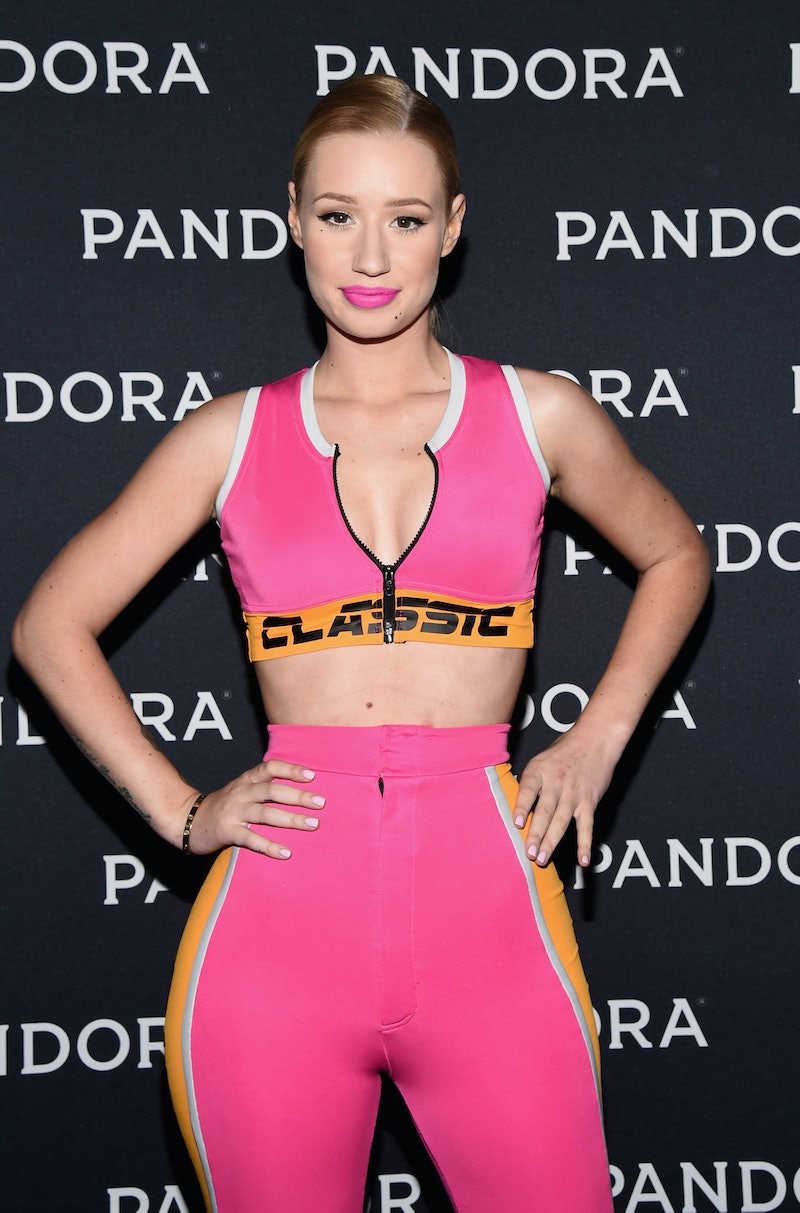 Yo, Azaleans. If the suspense is killing you over what the shoes from Iggy’s Steve Madden line are gonna look like, the singer just threw you a serious bone. Iggy Azalea teased a taste of her Steve Madden collaboration today, by posting a picture of some shoes from the capsule on Instagram. As one would imagine, these puppies are pretty hot and tempting in a signature Iggy fashion.

On Sunday, the "Black Widow" rapper showed a pair of snazzy '90s-inspired, white-lugged platform heels from her upcoming Steve Madden capsule on social media. As a quick refresher, Azalea’s Steve Madden line, slated to hit stores around the world February 2014, will feature 15 styles all co-designed by Iggy herself. In contrast to its athletic-inspired sole, the peep-toe shoe Azalea shared today has a contrasting Robin's Egg Blue satin body, studded with rhinestones. It's equal parts glamourpuss and Contempo Casuals throwback.

Hardly the stranger to retail collaborations, Azalea was the face of Revolve Clothing for Summer 2014, and recently shot a campaign with her boyfriend Nick Young for Forever 21. On top of all those side-gigs, she’s been moonlighting as the host of MTV’s House of Style reboot, as if she didn’t already have enough on her plate with a successful pop career.

But enough dallying. Let's go to the pictures.

They're so fancy, they already know.

My sixth sense tells me that more little tastes of this line are to come, courtesy of Iggy Iggz. You'll find me developing a serious case of carpal tunnel from compulsively re-loading @thenewclassic's feed.