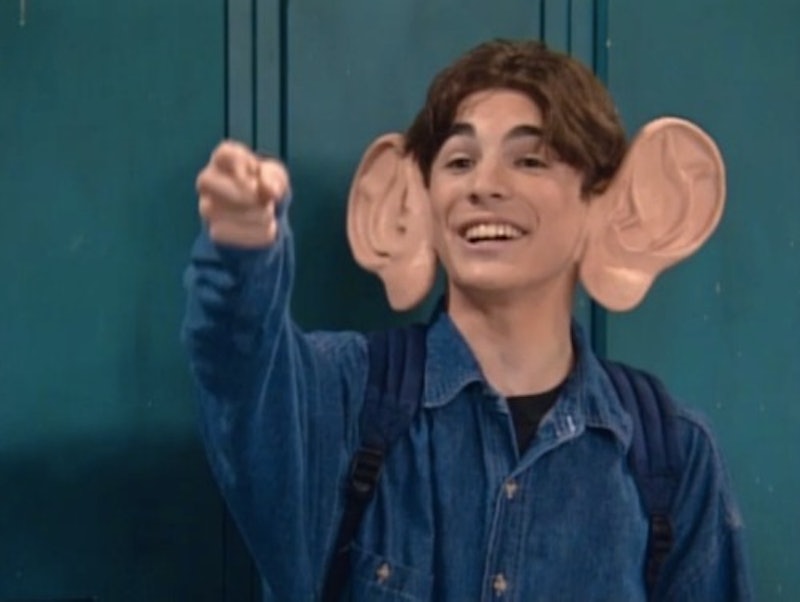 In a world of compulsory female ear-piercing, I am proud to be an earring-less American. In other words, my ears aren't pierced. To be candid, the idea of getting my ears pierced never really had much appeal. I don't love the idea of putting needles through a flap of skin near my eardrum, just so I can weigh down my ear lobes with a foreign object. Sorry, not sorry.

If you’re like me, one of the girls who grew up in America whose parents didn’t just pierce their ears for them as a child, you’ve dealt with the same incredulity when people discover you don’t have pierced ears. Growing up in the generation of the Piercing Pagoda and Claire’s, most women are assumed to stick a needle through their ear lobe/ cartilage. When your peers realize that you didn’t opt for that cultural rite of passage, the reaction is usually the same. First, people squawk “What?! Really?!” before checking, as if they don’t believe you. Once they realize that you weren’t lying, the secondary reaction is: “Huh, I never realized that about you…” as if you’ve just admitted to having an extremely humiliating middle name like Mingus or Eunastasia.

Whether or not society identifies you as a mild weirdo, you’ve gotten used to your face without throwing any extra bells and whistles, and you wouldn’t have it any other way. Here are the protypical things that all people without pierced ears will understand.

The initial shock when people discover your un-pierced ears

People proclaim their incredulity by saying "I can't believe it" almost as if you've revealed a third nipple.

The question: "Why didn't your parents pierce them for you as a baby?"

Earrings look fine on other people, but you've gotten used to your face without weird little paperweights chilling out by your jaw. It just doesn't feel right.

When people complain about their holes closing up, you can't empathize

Never had that problem, son.

The satisfaction of a totally intact ear lobe

Just one perk: petting your smooth ear lobes is the most comforting nervous habit, maybe ever.

When you see ear-piercing stations, you think "NEVER touching that..."

Needles by my orifices? No thank you...

But sometimes, checking out the earrings at Claire's makes you feel so left out

Why does god dangle these adorable ice cream cone posts in front of my nose when there's no Earthly way that I can use them? Maybe I should just be like everybody else...

Which leads you to consider doing it from time to time

After all, those little cat heads earrings would look great next to your face....

Just like a tiger can't change its stripes, you can't become an earring person. It's as clear as day.

Ultimately, you wouldn't ever trade your lot for earring life

Cause your ears are beautiful just as they are: unpierced, unencumbered, and untouched.