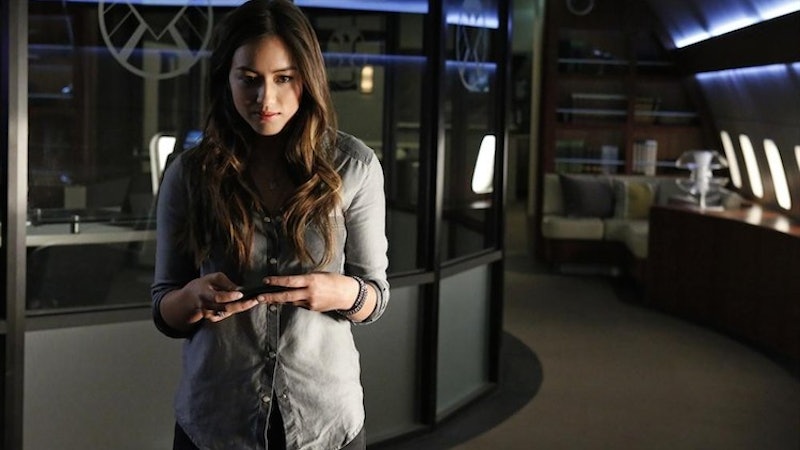 How many questions is too many questions for Marvel's Agents of S.H.I.E.L.D to try and answer? So far with this second season, we're deep in the middle of finding out. One of the major questions that's carried over from Season 1 of Agents of S.H.I.E.L.D. is the mystery surrounding Skye's parents. To put it nicely, her dad is insane. As for her mom? We still have no clue. Information revealed about her is far and few between, and honestly just raises more questions than it tries to answer. The identity and whereabouts of Skye's mother are still anyone's guess, but is there anything we do know about her, with any degree of certainty?In Season 1, we learn that Skye's parents are considered "monsters" around the S.H.I.E.L.D. water cooler, and we've already seen a lot of behavior that supports that from her father. No one knows exactly what he's up to, but we can definitely bet that it's not going to be good for any of us. Speaking of Skye's father, Ward seems to know a lot about him, and is more than ready — and clearly willing — to divulge this all to Skye. That's great and all, but when is someone give her a little information about her mom?

I'm still willing to wager money that Skye's mom is an Inhuman and will probably be Crystal, as I've previously speculated. But that is just my humble prediction, and I could be right or way, way off. It's possible that her mother's identity is somewhere deep within the comics universe and we won't get to see her grace the screen until the next big Marvel movie hits theaters.

There's also the chance that Skye's mom is dead and we'll never get to see her — except maybe in flashbacks. Anytime Ward tries to talk to Skye about her parents, he's always focused on her dad. Never her mom. Clearly her dad is as big bad in the world of S.H.I.E.L.D., so it is odd that through all of this, Skye is willing to accept that Ward knows a lot about her dad but somehow never mentions her mom. She never even mentions her mom. That's why it would make the most sense if Skye's mom died a long time ago — Ward never had contact with her. He knows nothing. Skye knows nothing. We know nothing, too. And if she did die, this doesn't rule out the fact that she very well could be an already established Marvel character.

But no matter who Skye's mom is, I think S.H.I.E.L.D. needs to work on tying up some of their loose ends before they unravel 15 more. I'm perfectly fine waiting a season or two to get a full and comprehensive backstory regarding Skye's mom, if only so the show can take its sweet time setting up an awesome family tree for her.