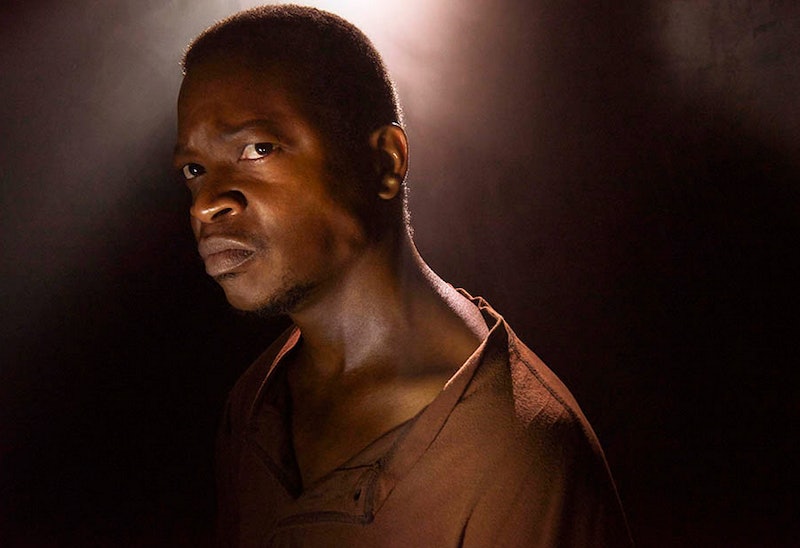 Episode two of The Walking Dead ended with one of the most disgusting scenes in the show's five season history: Gareth and the rest of "The Hunters" chowing down on Bob Stookey's leg. After he'd snuck out of Father Gabriel's church for a moment of self-reflection in the woods, some Hunters crept up behind him like the raging cowards they are, and knocked poor Bob out cold. Next thing we know, Bob is coming to, Gareth is squatting next to him having a chat while casually munching on his leg, and audience members were collectively groaning in disgust. Classic Walking Dead.

Well, the third episode picked up right where that one left off, only this time we discovered why Bob had sadly wandered off into the woods earlier - one of the zombies swimming in the sludge pool at the food bank had unfortunately taken a chunk out of his shoulder, and he was only hours from turning. Thankfully Gareth and co. got exactly what they deserved once Bob started maniacally laughing, revealing his bite wound and screaming, "TAINTED MEAT! YOU'RE EATING TAINTED MEAT!" over and over again in a fit of hysteria. Consider The Hunters, and TWD fans everywhere, certifiably freaked.

As we know, the zombie virus most likely couldn't be spread through them eating Bob, especially since he hadn't been turned yet, but the revelation put a pretty big damper on their Bob-B-Q. The Hunters later dumped him in front of Father Gabriel's, which has officially ignited a war between the main survivors and them. Will any other Walking Dead cast members die at the hands of The Hunters? Let's hope not.