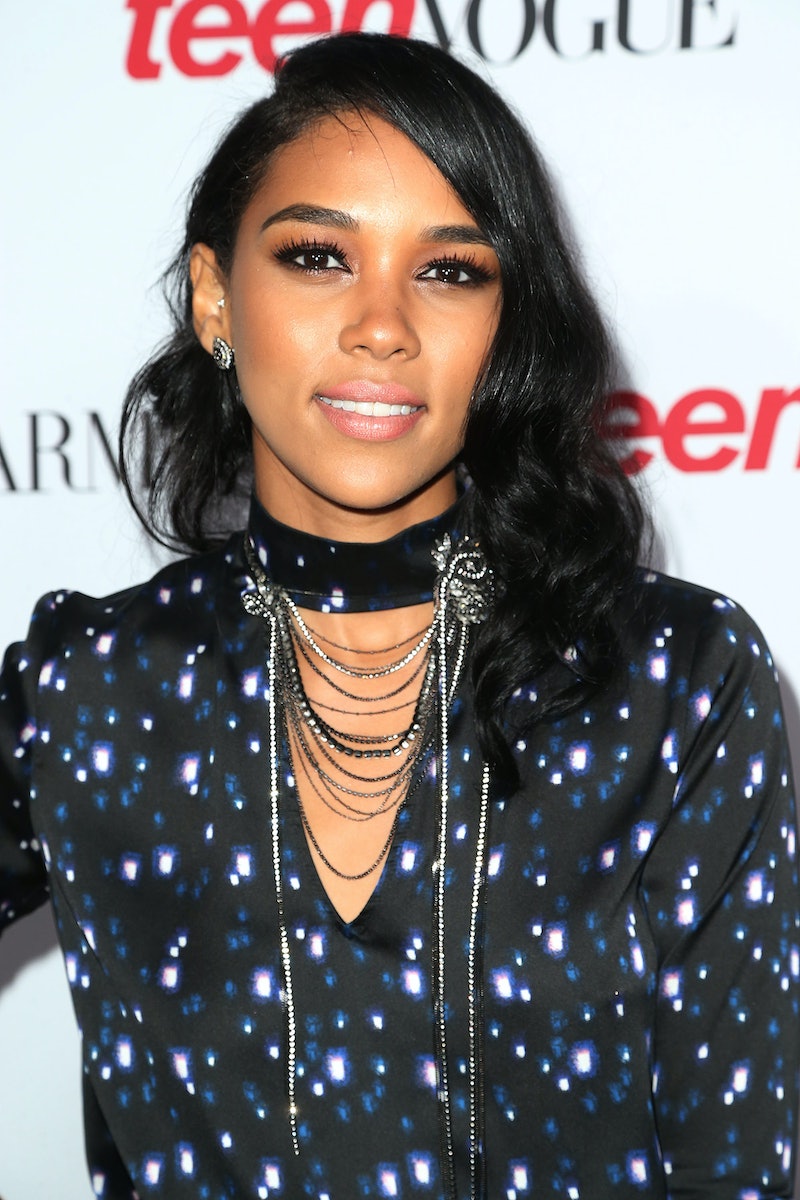 In an era of remakes and unauthorized TV movies, Alexandra Shipp from Drumline: A New Beat has her hand in both. She'll be making an appearance as one of the new stars of Nick Canon's VH1 TV movie reboot of the 2002 film following the trials of a university band drum section. If the idea of a brand new Drumline movie brings you back to your middle school days, so will Shipp's other recent gig.

She also stars as the titular character in the Lifetime original movie, Aaliyah, the Princess of R&B. Fans will recall the singer died tragically at the age of 22 following a plane crash suffered while returning from an on-location shoot for her "Rock the Boat" music video. Aaliyah was also known for her controversial secret marriage to R. Kelly while she was still a minor, wherein her age was upped to 18 on the marriage certificate.

Unlike the poorly cast unauthorized Saved by the Bell movie, Shipp actually bears some resemblance to her subject, and if the trailer is any indication, can pull off some of the late star's most iconic looks and dance moves. While their ducks may be in a row, Lifetime's biopics and tell-alls are no stranger to controversy, such as their depiction of another gone too soon star, Brittany Murphy, whose father was upset about Lifetime's portrayal.

E! Online reports that the Aaliyah film is based on Christopher Farley's book Aaliyah: More than A Woman , but that the film's first casting choice dropped out due to too many "haters" and adverse fan reactions. And true to previous form, Lifetime consulted the book as opposed to Aaliyah's actual family, who made things difficult from the get go, by not allowing permission for use of her original tracks, which the family owns. To her credit, Shipp reportedly made an effort to reach out to the family, to get their blessing for the role. Some reports allege that the family is uncomfortable about watching how the network chooses to play out the singer's relationship to Kelly.

While being in a project mired in controversy is never fun (and those tabloid-y Lifetime films are losing cred by the minute), there is one thing we can probably say is certain: Shipp is about to break out in a big way.